Atlus has announced that they will be temporarily postponing sale of the previously announced Megami Ibunroku Persona Costumes and BGM Special Set for Persona 5. The DLC was originally released today.

The reason given for the postponement is that there was a “misleading representation issue.” The specifics were not given, however it is speculated that this is due to the inclusion of the battle theme “A Lone Prayer,” from the PSP remake of Persona 1, released in Japan under the title Persona. The set was advertised as including BGM from Megami Ibunroku Persona, so “A Lone Prayer” would not fit that description.

The date that the DLC will resume delivery will be announced at a later point. 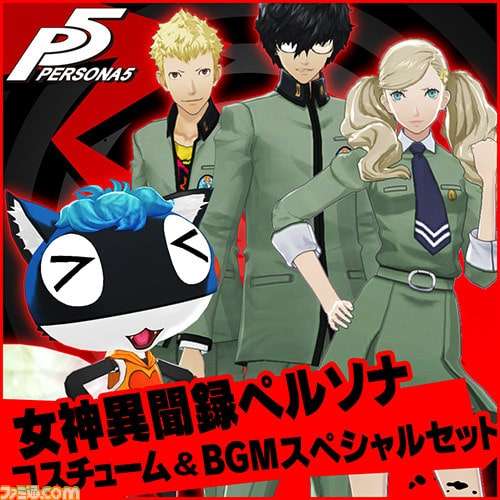