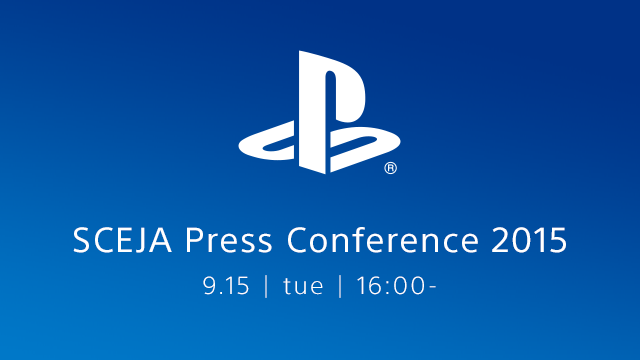 Sony Computer Entertainment Japan Asia will once again hold a press conference prior to the Tokyo Game Show this year, which they have announced will take place on September 15 at 16:00 JST (12:00 AM PDT / 3:00 AM EDT / other local times). It is planned to last an hour and a half, until 17:30 JST.

The pre-TGS SCEJA Press Conference 2015 will feature the latest PlayStation related news for Japan, preceding TGS 2015 which will take place from September 17 to September 20.

The event will be live streamed on the PlayStation Blog, on the day of the press conference.

Last year, the second teaser trailer for Persona 5 was revealed at the SCEJA Press Conference 2014, along with the announcement of a PlayStation 4 version of the game and its delay from the initial Winter 2014 release window to 2015.

The SCEJA Press Conference 2014 took place on September 1 and you can watch a full archive of it below: