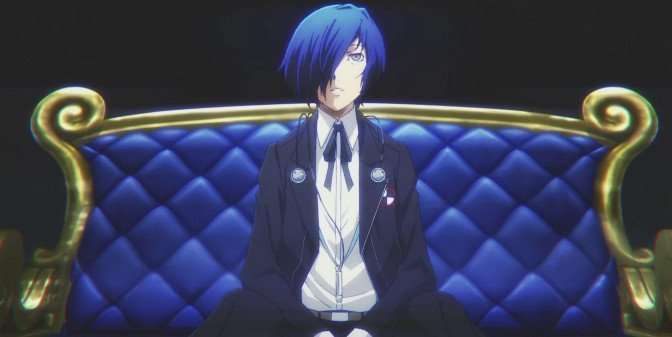 Following the first preview trailer for Persona 3 The Movie #3: Falling Down, Aniplex has released the second preview trailer, as well as new promotional art for the upcoming film.

Additionally, the following portrait illustration will be included with the second set of advance tickets for the movie, which will be sold from March 19th to April 3rd (via Twitter):

The season turns to autumn. The fight of the protagonist and his group S.E.E.S. with the strange monsters called Shadows is getting closer to an end. Makoto and his allies engage in life-or-death battles with Shadows in order to end the Dark Hour. Through the battles, some must face the deaths of friends and family, some must notice what precious things must be protected, and some must find meaning in the battles that have occurred.

In front of Makoto, the mysterious transfer student Ryoji Mochizuki appears. When the group greets a new morning, the gears of fate begin to turn. A fight revolving around each of the heroes’ bonds begins…