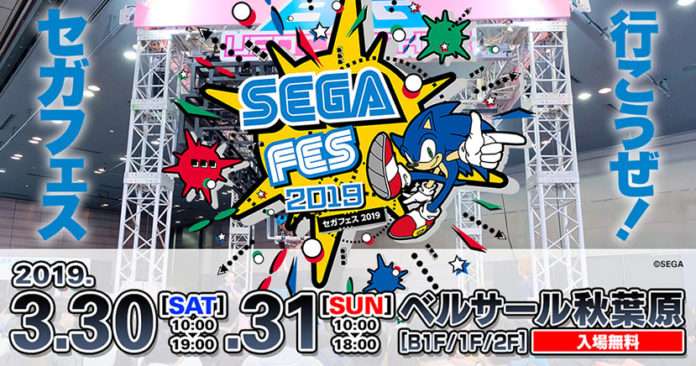 Sega has announced the third edition of the company’s “Sega Fes” event for 2019, taking place at the Bellesalle Akihabara venue in Tokyo, from March 30-31, 2019. Various Sega Group companies will be participating in the event, including Atlus.

The first Sega Fes event in November 2016 featured a special Persona 5 stage show, which announced poll results for fans’ favorite songs from the game, and the announcement of the original soundtrack for Persona 5.

A “Persona 5 x Phantasy Star Online 2” collaboration trailer was released during the event, as well.

There, Virtua Fighter, Yakuza, and Sonic collaboration costumes were announced for the rhythm games. Additionally, vocalist Lyn performed the opening themes for Persona 5: Dancing in Starlight and the anime adaptation live.

A Phantasy Star Online 2 collaboration with P3D and P5D was also announced.