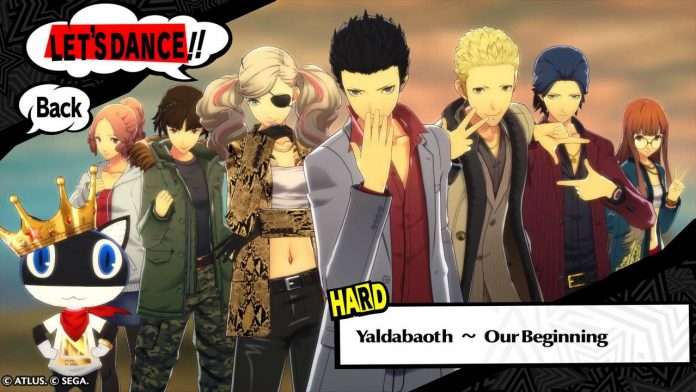 Alongside Sega Sammy’s Fiscal Year Ending March 2021 report, the usual questions and answers segment for company inquiries was held for analysts and investors on May 13, 2021.

One of the questions cited Persona 5 Royal as a game that topped Metacritic scores in the West in 2020, but questioned why that did not seem proportional to the amount of profit the company earned:

Q: On the overseas game ranking website (Metacritic), “Persona 5 Royal” topped rankings in 2020, and Sega as a whole was ranked as the top publisher in 2020.Reviews are very favorable, but there’s an impression that this evaluation is not linked to profits. How do you perceive the gap between the high user feedback and the sales performance, and how will this gap change with mid-term plans?

Sega answered with the following:

A: Concerning the Metacritic reviews, one of our major regrets in the past is that we had problems with the product quality of our Sonic games, one of our representative IPs, and received very low scores as a result, as they greatly disappointed users. Since then, we have established a policy of prioritizing the creation of high-quality games that people who purchase will enjoy, and will not allow releases with inadequate quality in order to meet that short-term goal [in 2015, Sega stated that they learned from Atlus about how to restore trust with fans]. Of course, it is best to have a perfect balance between QCD (quality, cost, and delivery), but we believe that the combination of such quality-oriented policies are reflected in these reviews.

Therefore, as you pointed out, the next step is to improve the way in which we sell our products. As we explained in the main part of this report [and also discussed in a recent issue of Famitsu magazine], we believe that there is still potential for a significant increase in sales of the same game by global expansion and simultaneous localization in multiple languages, with earnings that will naturally follow.

In the past, for example, the Japanese version of Yakuza was released first and then sold sequentially in other regions, and the level of localization varied, with the presence or absence of voices and supported languages. By simultaneously launching the game on multiple platforms and in multiple languages, the company will be able to concentrate its marketing costs, which were previously spread out over a period of time, and thus reduce them. Additionally, the PC market, which used to be dominated by Steam, has become a market environment that allows us to expand our business to other platforms, including Epic Games. As a result, we believe that we are now in a position to aim for 2-3 million units in the lifetime of a title that previously sold about 1 million units worldwide.

In October 2018, Sega Sammy’s annual report included a desire to improve the frequency of releasing their titles simultaneously worldwide, and optimizing the structure of their global deployments and localization to do so. This was part of Sega’s “Road to 2020” initiative.

In December 2019, Persona Team lead Kazuhisa Wada expressed a desire to reveal promotional information for future Persona games worldwide at the same time as in Japan. This is closely related to Sega Sammy’s answer in the Q&A, citing the cost efficiency of combining marketing efforts globally instead of in Japan first, and subsequently other territories.

From the sound of it, Sega is becoming increasingly serious when it comes to the worldwide releases of their flagship titles, as they consider that it will become more profitable for them moving forward. Shin Megami Tensei V will be released worldwide, and so will the recently announced Lost Judgment. It is therefore probable that this new initiative for globalization of Sega’s releases will affect the Persona series moving forward, as well.