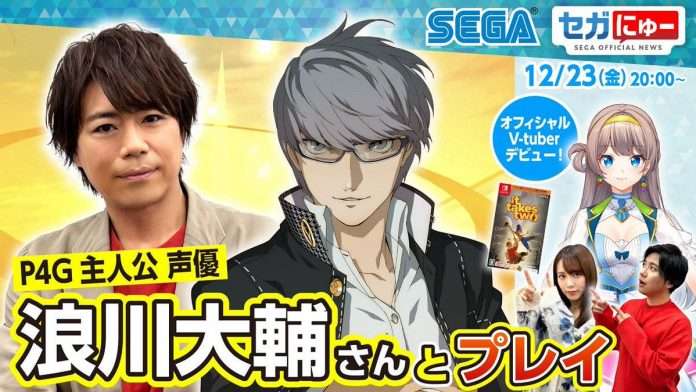 During the show, Namikawa will be playing the remastered version of Persona 4 Golden, set to release on January 19, 2023.