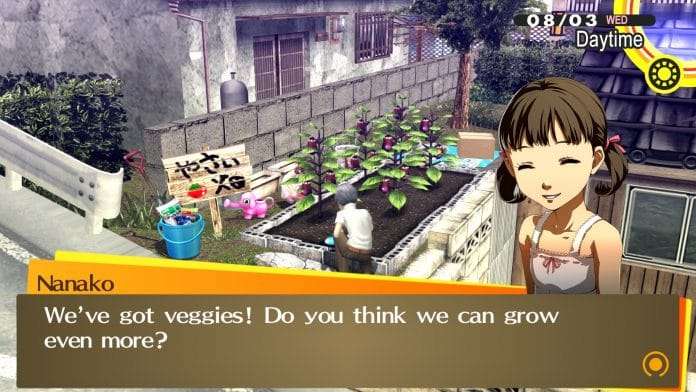 Sega Sammy recently released their Fiscal Year Ending March 2021 first quarter financial results, consisting of the period from April to June 2020 inclusively. Alongside this, an investor questions and answers presentation was held on August 5th, and Sega has released it publicly today.

The respondents for the Q&A were Haruki Satomi (President and Group COO) and Koichi Fukazawa (Senior Executive Vice President and Group CFO). After discussing the strong performance of Steam regarding Sega’s repeat sales for the fiscal quarter—most effective in the West—an investor asked about the recently released Persona 4 Golden on PC.

Q: “Persona 4 the Golden” has been selling well on Steam, but do you have any plans to sell newly released games on Steam as well?

A: We remastered “Persona 4 the Golden”, a title previously sold on the PlayStation Vita, and released it for sale on Steam this fiscal year. Because of the game’s critical acclaim and its low selling price, sales were much stronger than expected. We will continue to actively promote porting previously released titles to Steam and new platforms. We are also negotiating with platform holders for new games in the future, and we’re considering ways to sell under favorable conditions for each title. Among them are measures such as preparing PC versions of the titles from the beginning, with multi-platform releases in mind.

Part of this initiative for ports of older games would likely include the recently released Catherine: Full Body for Nintendo Switch, as well as the upcoming Shin Megami Tensei III: Nocturne HD Remaster for the Nintendo Switch and PlayStation 4.

After its Steam release on June 13th, Persona 4 Golden had reached over 500k players as of July 10th. Coinciding with the release, Atlus established a creator’s page on Steam. That and a shift to an internal focus on port development work for Atlus could hint at a push towards future releases in the same vein as the newly released Persona 4 Golden.

In June 2019, Sega commented that following the satisfactory results of Catherine Classic on Steam, Atlus now had the information they could use to evaluate their own road map for future PC development.

Relatedly, in Sega’s FY Ending March 2021 Q1 financial release, the company confirmed that the Persona series had sold around 1.2 million copies worldwide from April to June 2020.