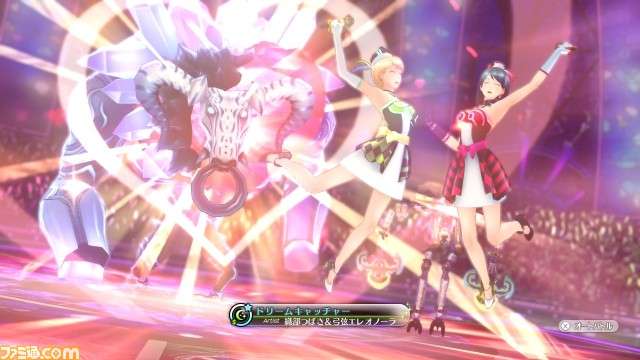 Following the recent Genei Ibun Roku #FE feature in Weekly Famitsu issue #1403 and the official website update, many new screenshots for the game have been released. 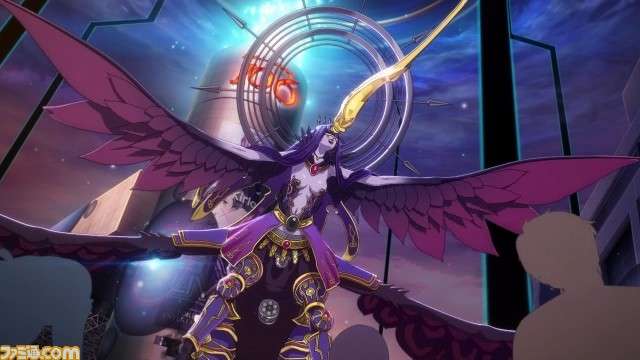 Because of invaders from another world—beings called Mirages—there have been mysterious disappearances at entertainment related events such as at audition venues and theaters. The Fortuna Entertainment president, Maiko Shimazaki, decides to gather a secret force to protect humans from these invaders.

The energy of one’s expression manifests itself in the form of power crystals called “performa.” Entertainers emit large quantities of “performa,” an energy which Mirages are attracted to. Enemy Mirages seek to collect performa by abducting humans who emit it.

The main characters in the game manifest the passion to achieve their dreams through “performa,” which in turns grant them the power to fight. The forms they transform into—their “Carnage form”—depicts these dreams.

For example, Toma is a character who wishes to become a famous action star with the lead role in a tokusatsu program. The power he manifests by unleashing his performa depicts his inner self, and the confidence to attain his goal. 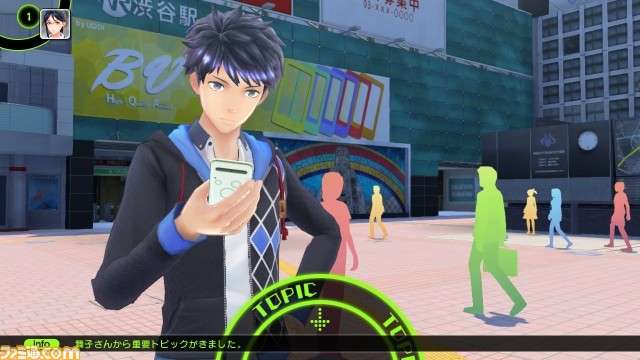 TOPIC is also used to display a map for use while exploring the town or dungeons.

The game takes place in real world Tokyo locations, such as Shibuya and Harajuku. There are numerous stores that can be shopped at, such as convenience stores and accessory shops around the city. Money earned in dungeons can be used in these shops to purchase beneficial items. Some of these shops are: 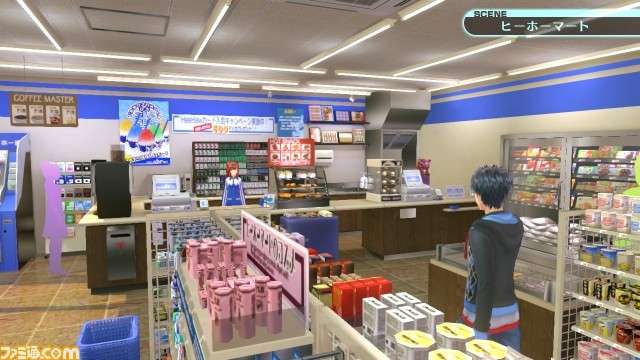 A convenience shop in Shibuya which sells healing items and other helpful items for use in battle. Depending on a character’s success in the entertainment industry, different posters will be displayed at a same store, and the background music of the shop will change.

A shop in Shibuya which sells brooches, rings, rosary and a variety of other accessories. By equipping these accessories, a character’s defense, HP, strength or magic abilities increase, while enhancing other properties such as speed.

The equipment is expensive, but that is because they are very effective in powering up a character when used properly.

A fashion shop in Harajuku. Costumes that characters can wear for their entertainment activities can be found here, with alternate costumes for battle being available to purchase.

Album covers and artwork of the entertainment characters can also be found here.