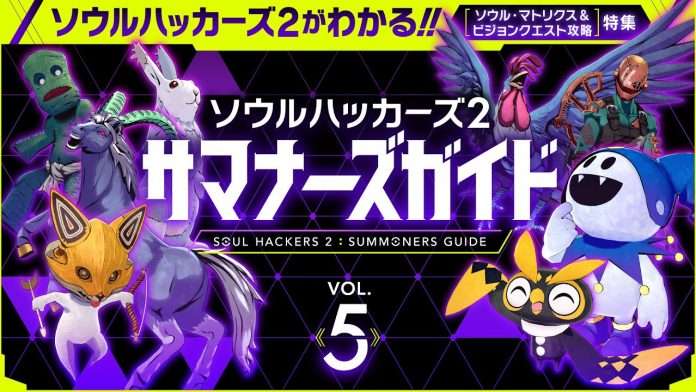 Atlus has announced that the fifth entry in the “Summoners Guide” video series for Soul Hackers 2 is set to release tomorrow, on June 27th at 8:00 PM PDT / 11:00 PM EDT / Other Time Zones.

In this fifth installment, Ringo will be introducing the “Soul Matrix,” a mechanic to strengthen allies. Additionally, “Vision Quests” will be introduced, consisting of in-depth dungeons with challenging elements.