The labels for the alcohol set, a set of three different wine bottles, has been released.

From left to right, the wine in the set are the following:

Sake with a gorgeous aroma, with a refreshing aftertaste. 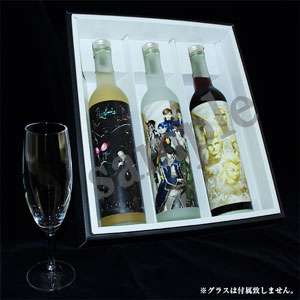 The Shin Megami Tensei wine set costs 6,000 yen (plus tax), and the order period will end on September 24. It will be released in October 2017.