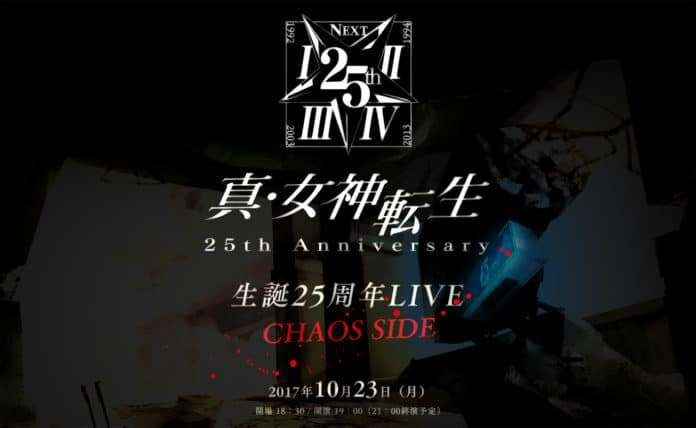 Following the announcement of the “Shin Megami Tensei 25th Anniversary Live – Chaos Side” concert during the Strange Journey Redux  release date celebration live stream, more details for the event have been revealed.

The event will be held on October 23, 2017 at the Shinjuku ReNY venue.

Advanced tickets and pre-orders will be available from Saturday August 5th.

The performance will be paired with an orchestral concert: The Game Symphony Japan 25th Concert: “Shin Megami Tensei 25th Anniversary Festival – LAW SIDE,” which is scheduled to be held on October 20, 2017.