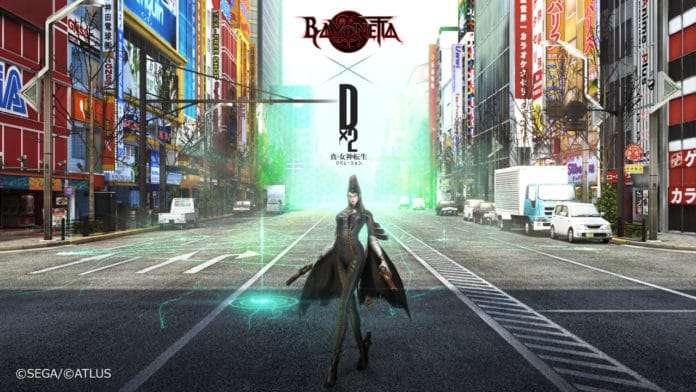 During today’s Shin Megami Tensei: Dx2 Liberation special live stream for the mobile game’s 1st anniversary, it was announced that a collaboration would take place in the future with Bayonetta.

This collaboration was previously teased during a September 2018 Tokyo Game Show panel, where the following was said:

The developers are preparing a large-scale collaboration for SMT: Liberation Dx2 that is said to fit the MegaTen world view. It is said that the collaboration’s realization is a bit difficult to the the game’s unique world view, but they are asking for fans to look forward to what kind of collaboration this turns out to be.

Shin Megami Tensei: Liberation Dx2 was released on January 22, 2018 for iOS and Android in Japan, Taiwan, Hong Kong, and Macau. It was released in English on July 23, 2018.