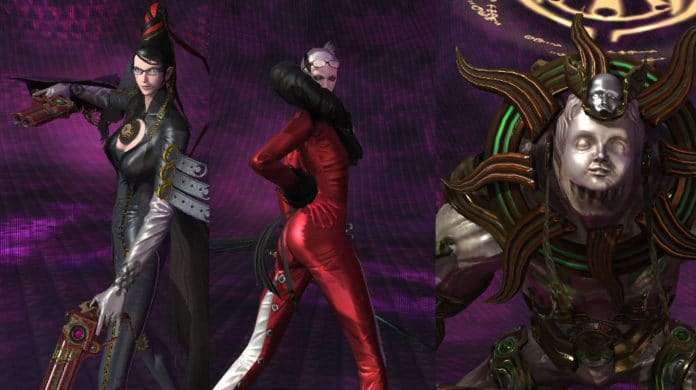 Sega Games has announced that the collaboration featuring Bayonetta for the smartphone game Shin Megami Tensei: Dx2 Liberation will begin on February 14th.

This follows the previously announced pre-registration campaign, which has achieved over 15,000. As a result, players will received the following bonuses:

A “Countdown to Bayonetta Login Bonus” will be held from today to February 13th, where in-game items are given on a daily basis upon logging in. The items given:

Additionally, the Twitter campaign which started on February 1st has reached 5,000 tweets. So after the collaboration event begins, players will be given the “Ultimate Summon File” to summon a 4-star or more demon.

For the collaboration, the player will be able to summon the mysterious Umbra Witch Bayonetta, the other witch Jeanne, and a “Beloved” divine angel who stands in Bayonetta’s way. In-game models of these characters: