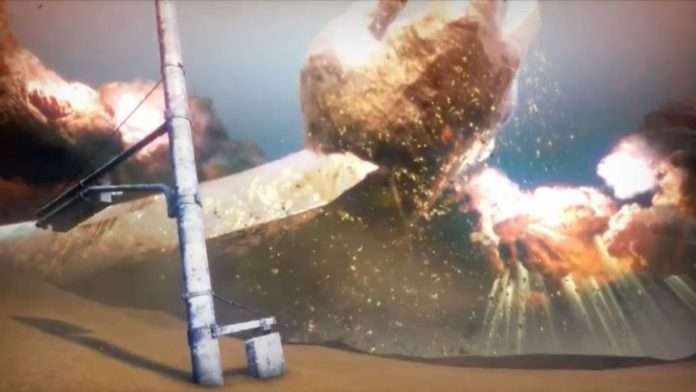 At the end of the teaser, a new short scene was revealed.

The scene shows a destroyed city, with what appears to be a large hand protruding from the ground.

No additional details concerning this have been announced.