Releasing in bookstores in Japan on November 8, 2021 for 1,540 yen (tax included), a new official Twitter account has been created for the comic.

The manga, by Kazuaki Yanagisawa, was originally serialized between 1994 and 1995 in Weekly Famitsu, then published in a single volume in October 1995, and reprinted again in October 1999. This manga was released in French in November2006. 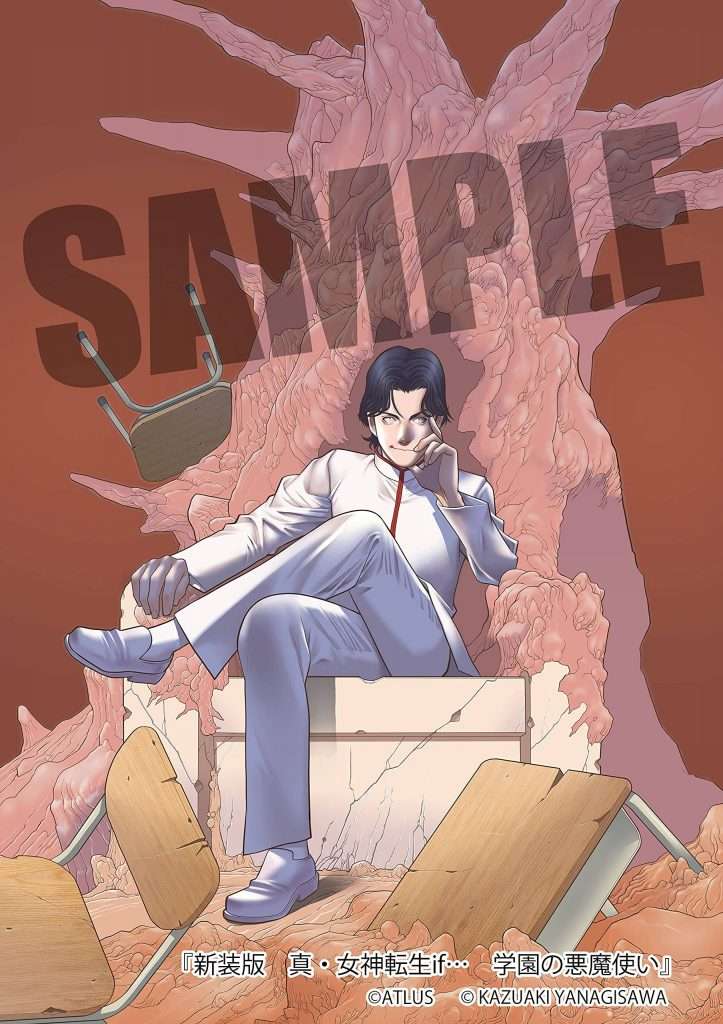 What If… the School was thrown into another world? This is the story of boys and girls who suddenly wander into Makai, the demon world.

This is a new edition of the manga adaptation of Shin Megami Tensei If…, which is unique within the Megaten series and has a distinct artistic style.

In the year 199X, Karukozaka High School in Tokyo is suddenly drawn into the demon world. The mastermind is Ideo Hazama, a student at the school who has become the ruler of the demon world, the Deity Emperor.

The protagonists, Nobu and Yumi use the demon summoning program to attempt to overthrow Hazama and escape the demon world.

The prequel to the cult work Shin Megami Tensei: Kahn that provided a unique interpretation of the Megaten series is now revived.

Shin Megami Tensei If… was originally released for the Super Nintendo on October 28, 1994, and then for the PlayStation on December 26, 2002. The game was released for iOS on March 22, 2013 (currently unavailable).