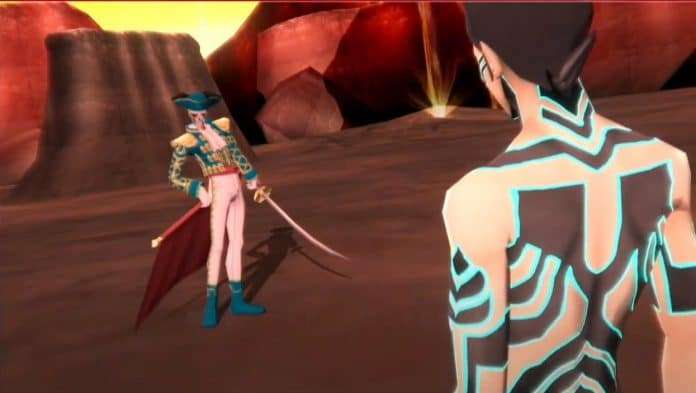 Atlus held a live stream earlier today to celebrate the announcement of Shin Megami Tensei III: Nocturne HD Remaster, and it featured 14 minutes of direct gameplay footage as the hosts played through a segment of the game leading up to the Matador boss battle.

Featuring the MC Chiaki Matsuzawa, comedians Nobuo (Penguins) and O’samurai-chan, as well as Shin Megami Tensei series producer Kazuyuki Yamai, the gameplay begins in the live stream archive below at the 1:04:40 mark.

At the end of the live stream, Yamai stated that next week’s issue of Weekly Famitsu magazine releasing on July 30th will feature Shin Megami Tensei III: Nocturne HD Remaster.

The game’s official Japanese website has been updated with a “Story & Character” page introducing the main cast involved alongside the main character, who became a demon after being involved in the “Tokyo Conception” catastrophe.

A “System” page has also been added, detailing the “Press Turn Battle” system which Atlus states Persona 5 inherited. The page also discusses other systems relevant to managing demons, such as negotiations and fusion. 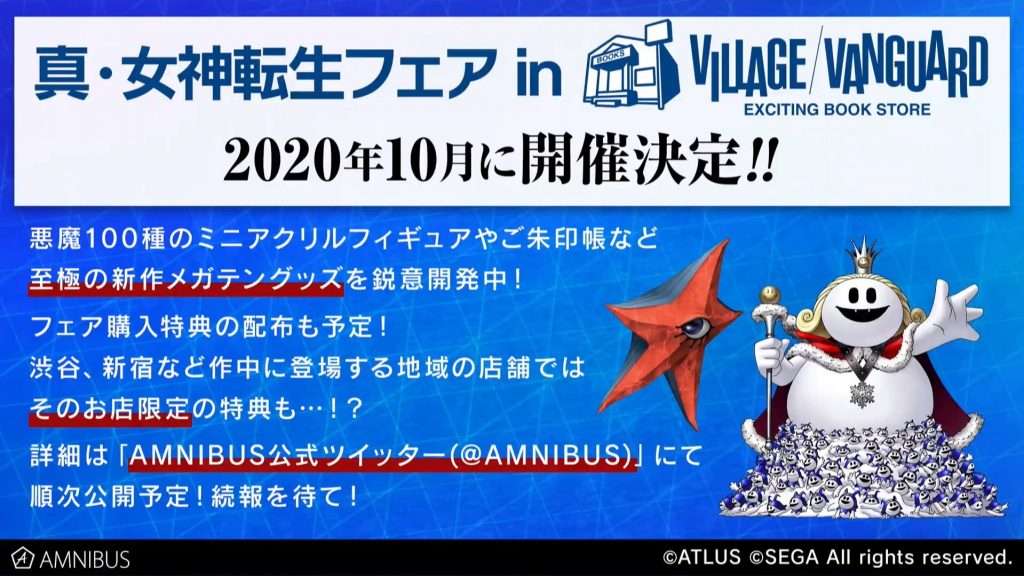 In October 2020, Atlus will be collaborating with the Japanese anime and manga manufacturer Amnibus to host a Shin Megami Tensei fair at Village Vanguard: Exciting Book Store locations. This book store chain is targeted towards fans of games, anime, and manga.

New MegaTen goods are being produced to be sold at the event, including mini acrylic figures featuring 100 demons. Purchase bonuses will be implemented, as well. Further details will be announced at a later date.