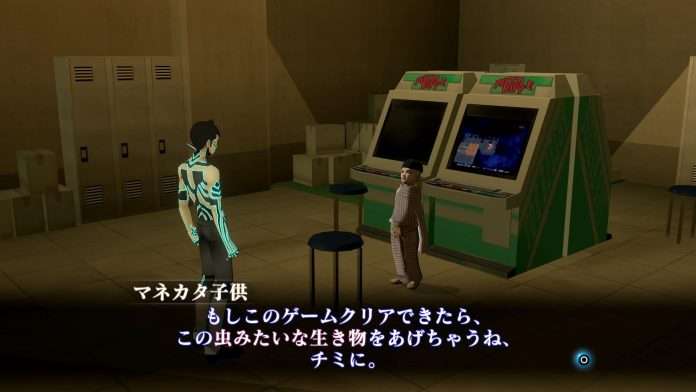 This week’s issue of Weekly Famitsu magazine #1664 includes a 6-page feature on Shin Megami Tensei III: Nocturne HD Remaster, summarizing all of the already released information for the game. 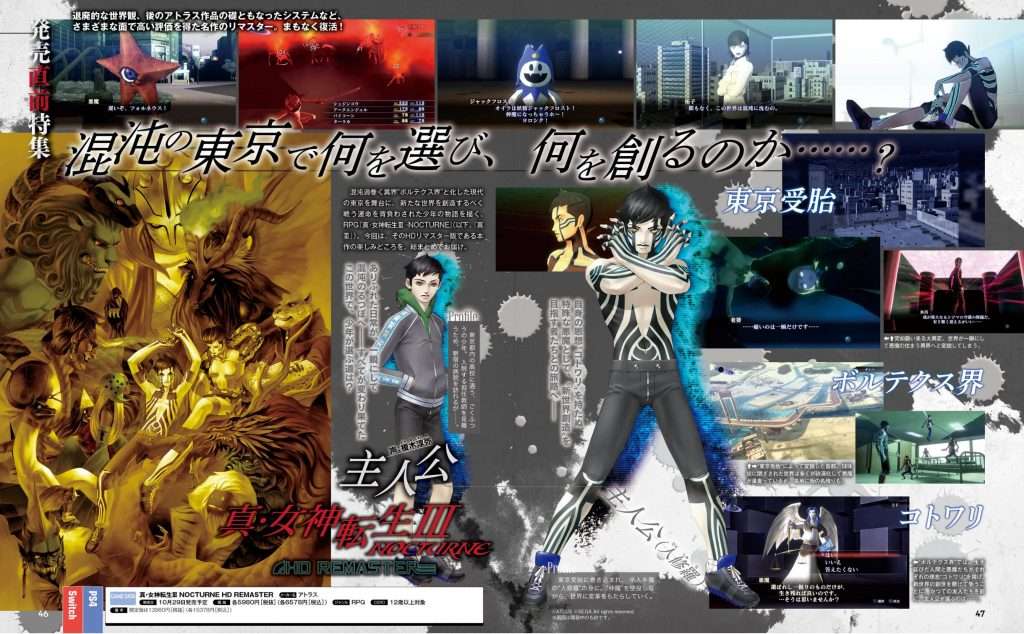 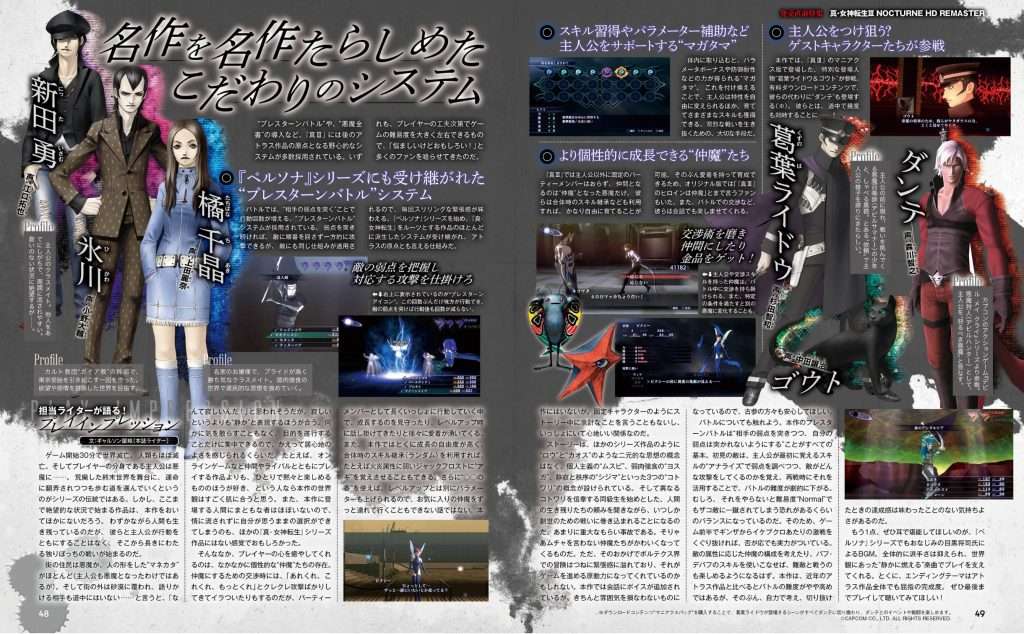 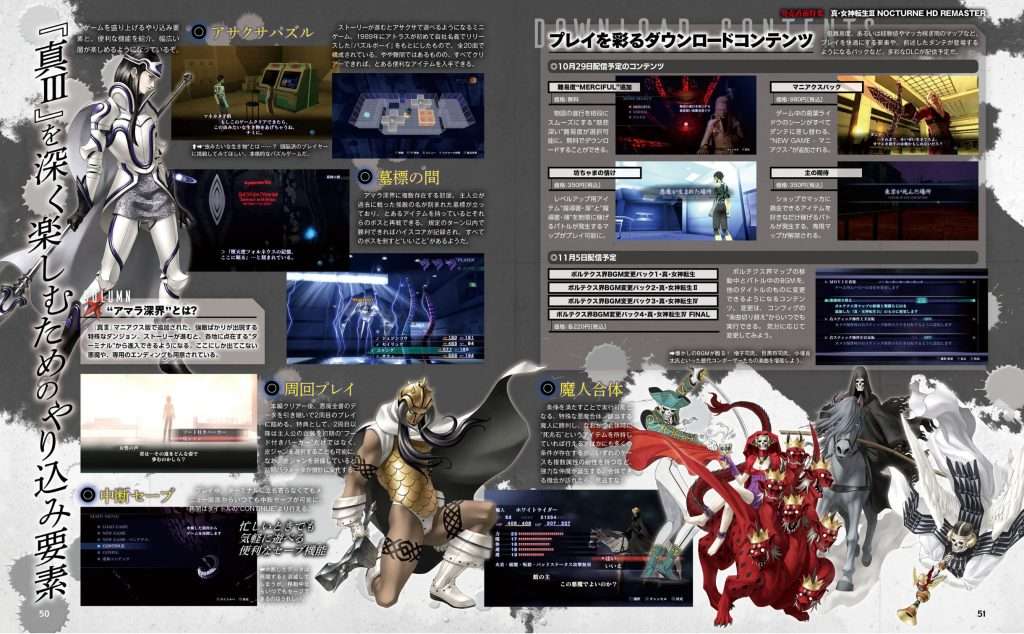 Along with the release of the game in Japan, next week’s launch feature for Shin Megami Tensei III: Nocturne HD Remaster in Famitsu will include useful tips and strategy to progress through the game, a look back on the “Megaten” series, and a retrospective on the Famitsu magazine feature when the original PS2 version was released.