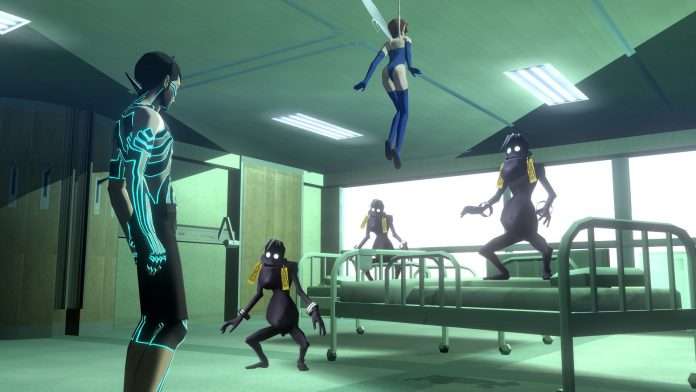 Atlus has released new direct feed screenshots from Shin Megami Tensei III: Nocturne HD Remaster, along with a press release with information about the main characters, the philosophical ‘Reasons’ they support, and locations in Tokyo which have been changed due to the Conception.

Various ideals (“Reasons”) are born in the Vortex World

Tokyo has collapsed due to the Tokyo Conception, and transformed into the demon infested Vortex World. There, the surviving humans and demons fight for the creation of a new world. Eventually, as the conflict intensifies, it centers around the people advocating Reasons, ideas to form the New World.

Before the protagonist are his former friends, who have transformed into non-humans with their own Reasons. What kind of world will the protagonist finally choose in the end, after encountering all kinds of Reasons?

The Ideal of Ultimate Individualism: Musubi 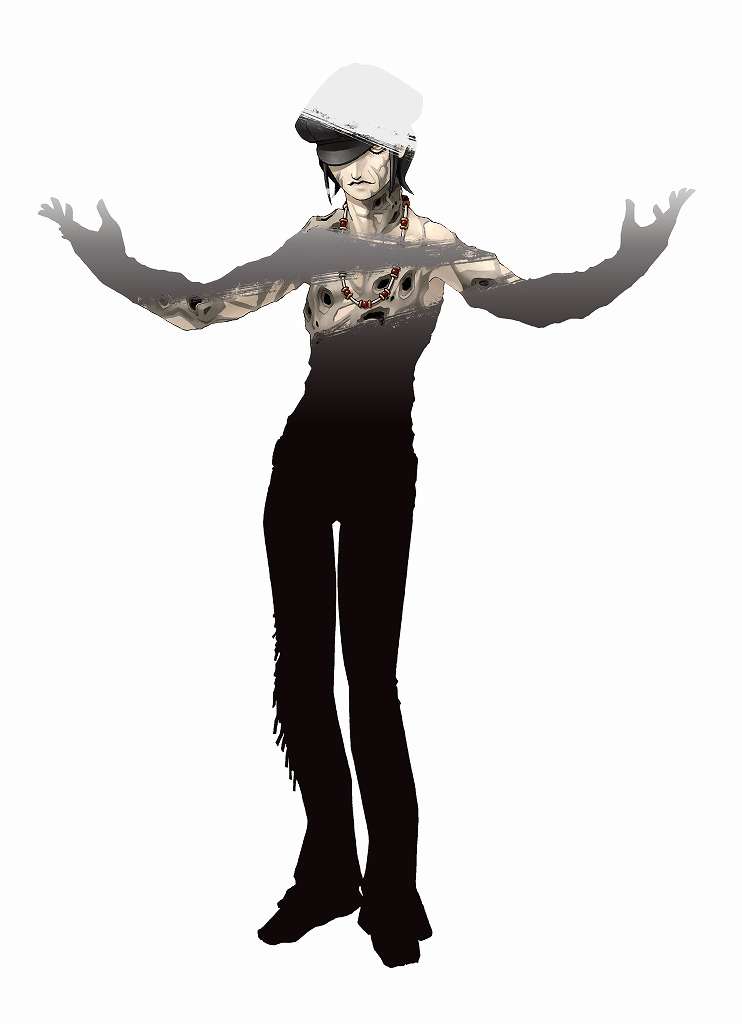 The Reason bought about by Isamu Nitta. He was overwhelmed by the absolute difference in power between humans and demons while wandering the demon-infested Vortex World. A Reason where you should rely only on yourself, and believe only in yourself. We should cut off our relationships with others and live in a world where only the supreme self exists. That is Musubi.

“In the end, I am the only one who can be the centre of my world, right?”

The Ideal of the Survival of the Fittest: Yosuga 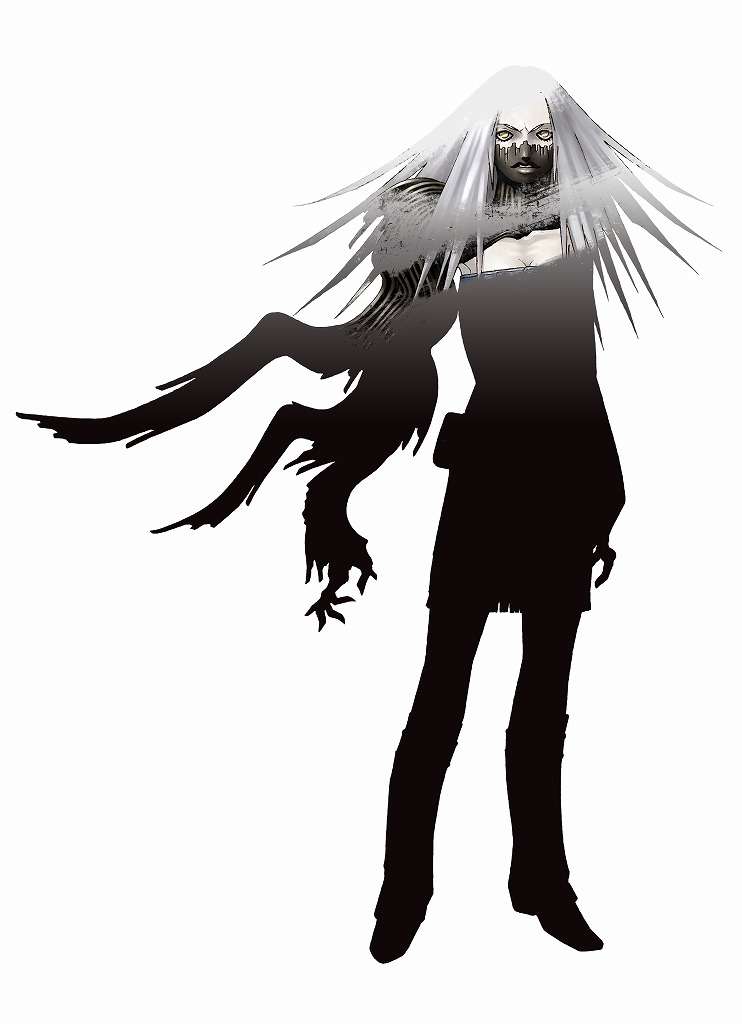 Yosuga is the belief that the strong will eliminate those who are weak and unnecessary. It is the Reason that Chiaki Hayasaka believes in. She believes that power is everything and that a world with only strong people in it would be beautiful. She believes in a world where the weak are categorised as worthless beings who disrupt the order and mislead, and should be weeded out.

“I will create a paradise with only the strongest and the best.”

The Ideal of Silence and Order: Shijima 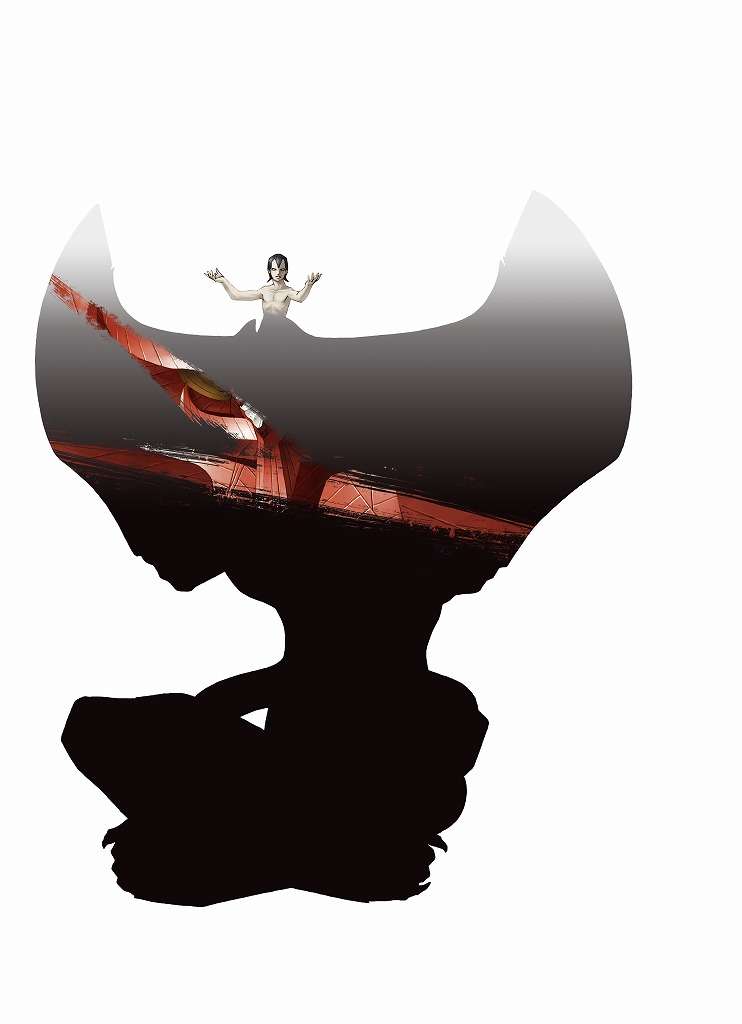 The Reason of Hikawa, the leader of the Ginza based demon army, the Assembly of Nihilo. In order to establish a strong order in the chaotic world, he seeks to create a world devoid of individual desires and emotions. Where the individual is a single cog in the wheel that guides the world.

“The prophecy here is fulfilled. The world will cleanse the filth of desire, and be in silence.”

Other Residents of the Vortex World 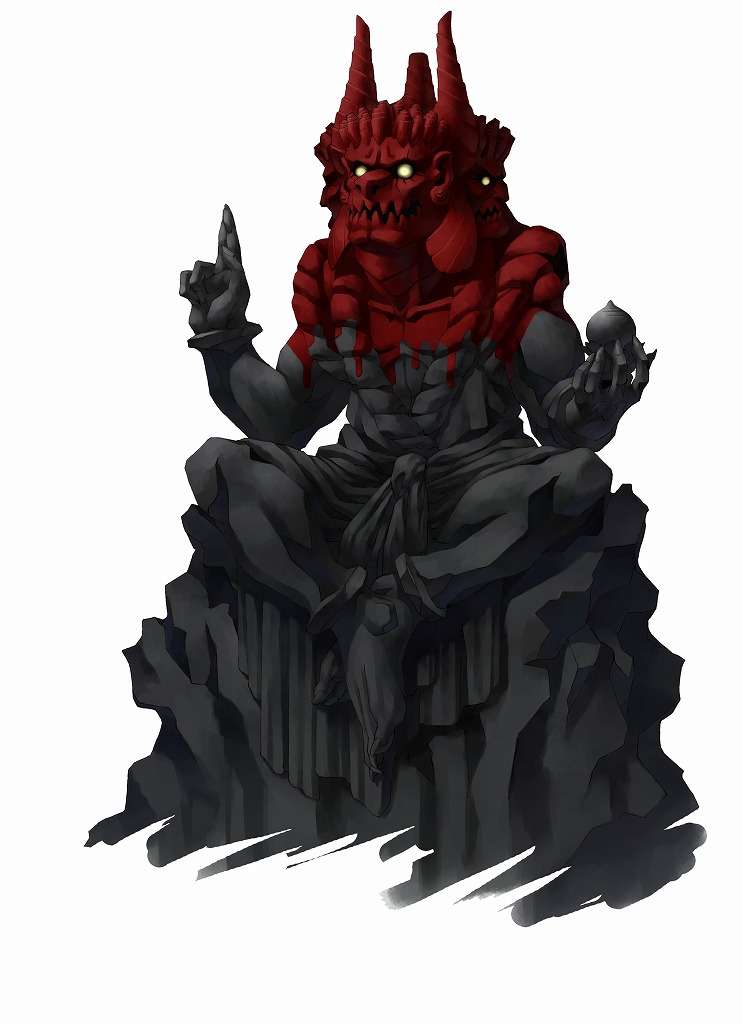 The leader of the Mantra Army, a group of demons who seek to resolve conflict through violence. Having the opposite beliefs to the Assembly of Nihilo, led by Hikawa, he plans to destroy Nihilo and attempts to create a massive conflict. 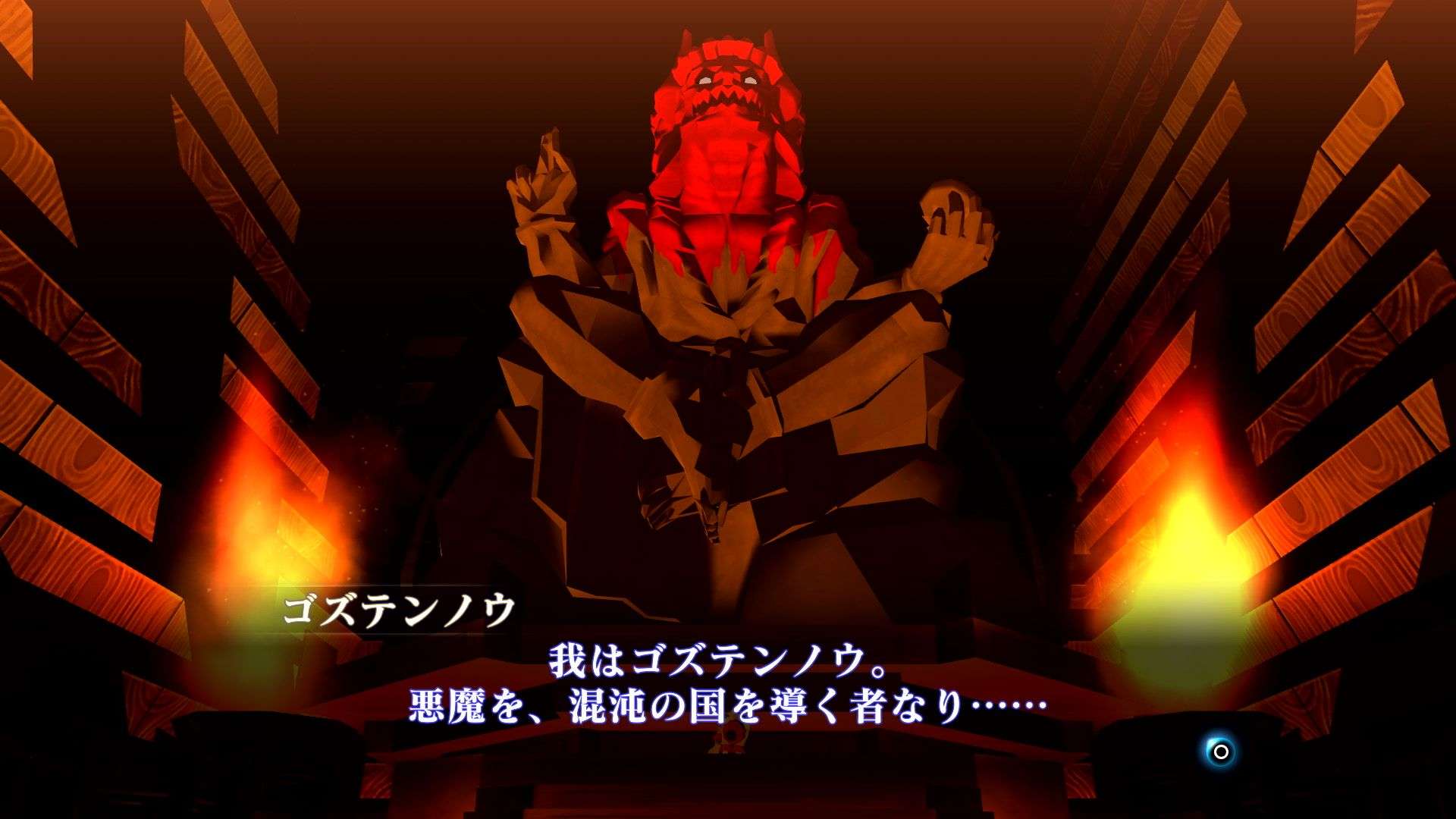 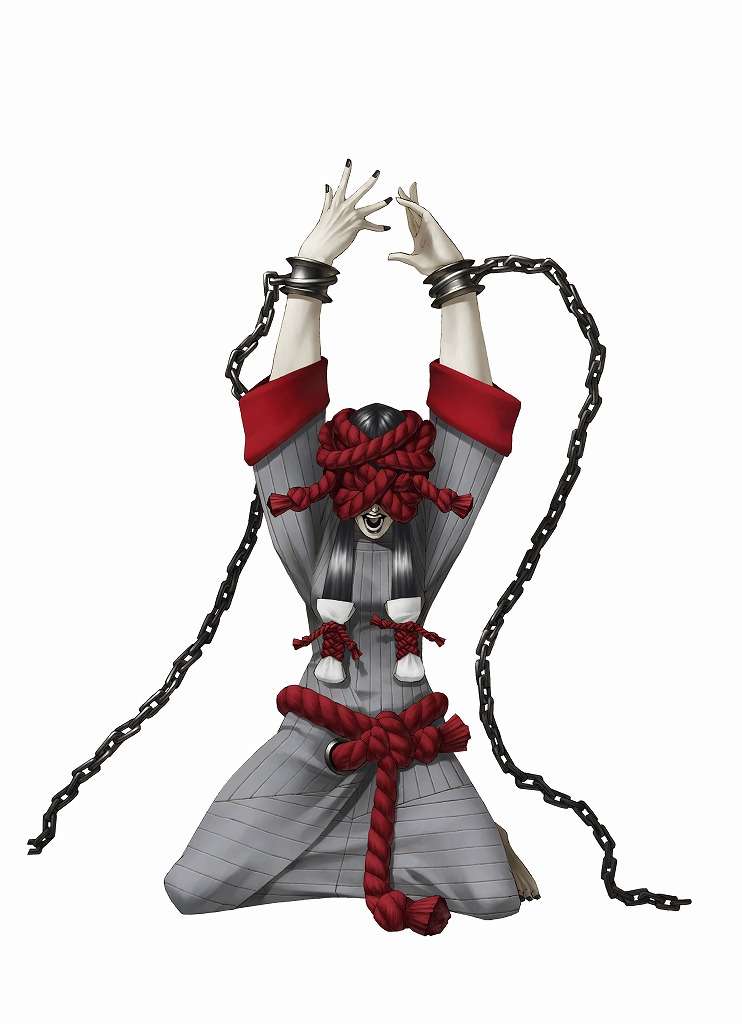 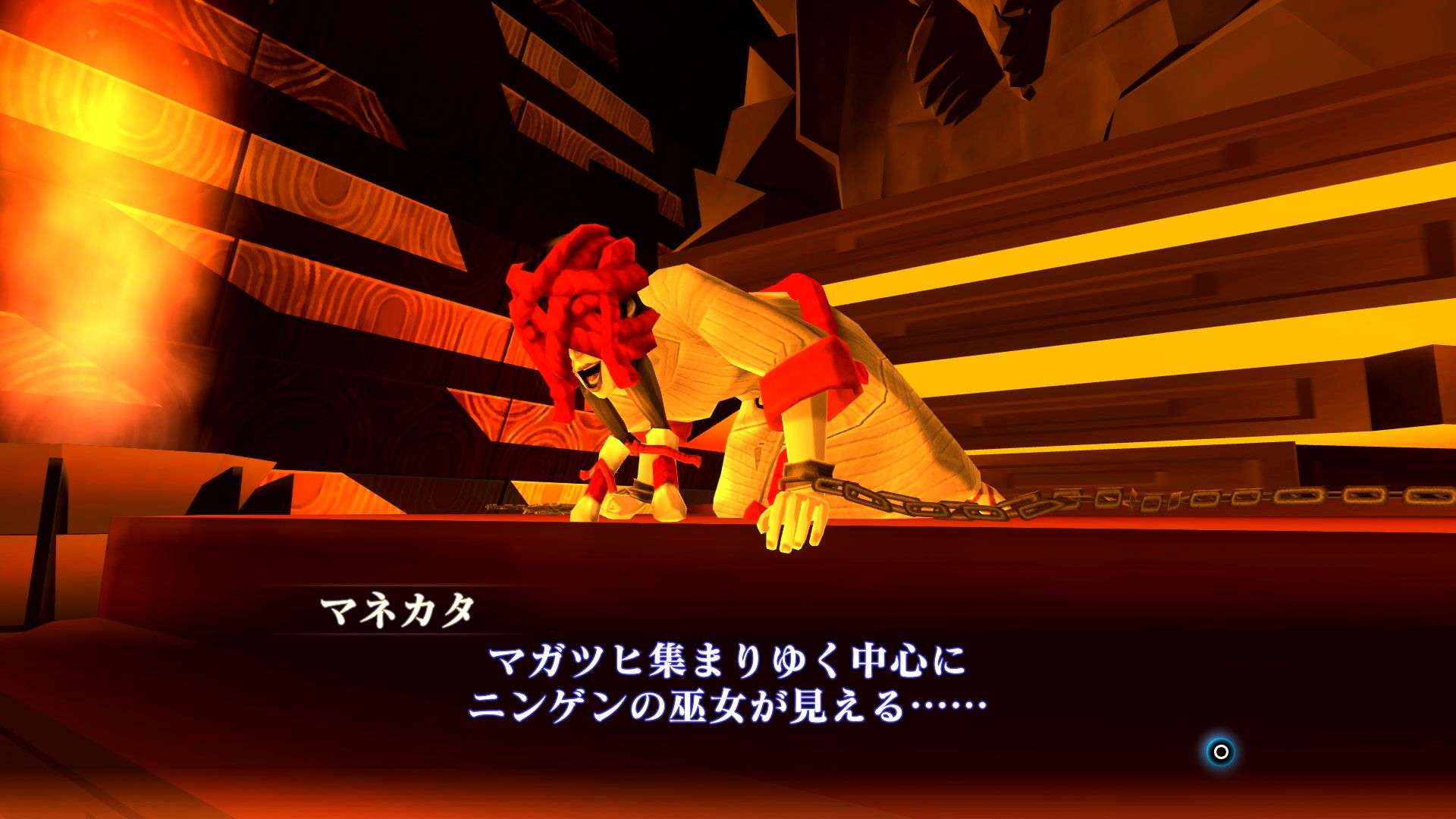 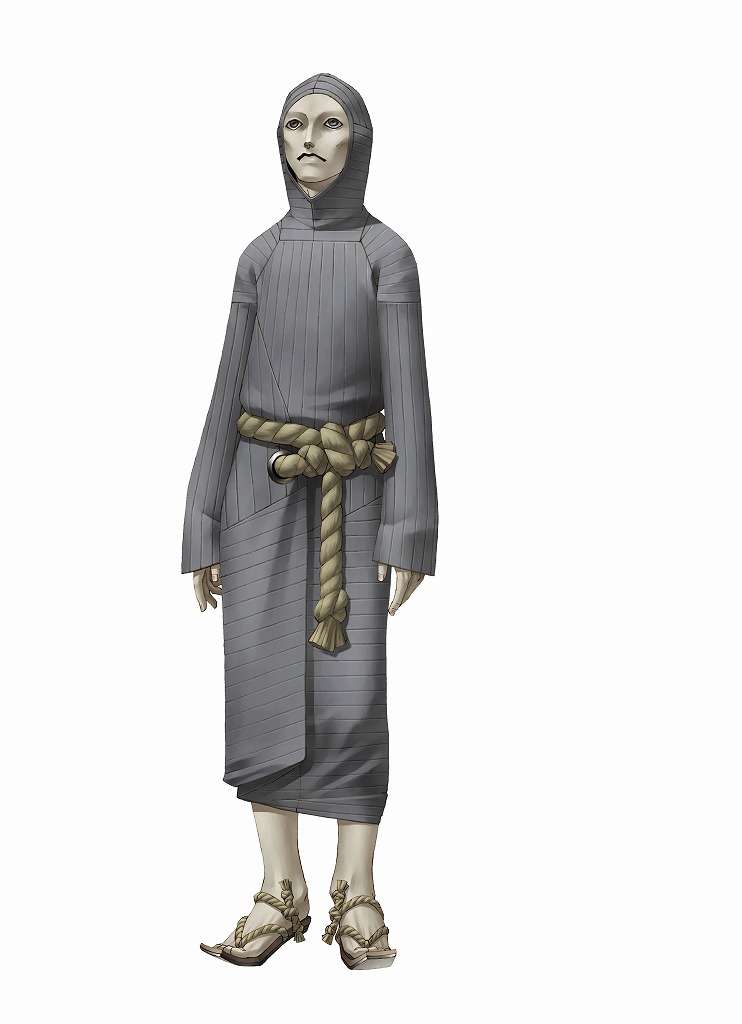 A non-human entity that appears in the Vortex World. They speak human language and have a human like appearance, but their emotions and beliefs are weak, and they spend their days being terrorised by the demons. 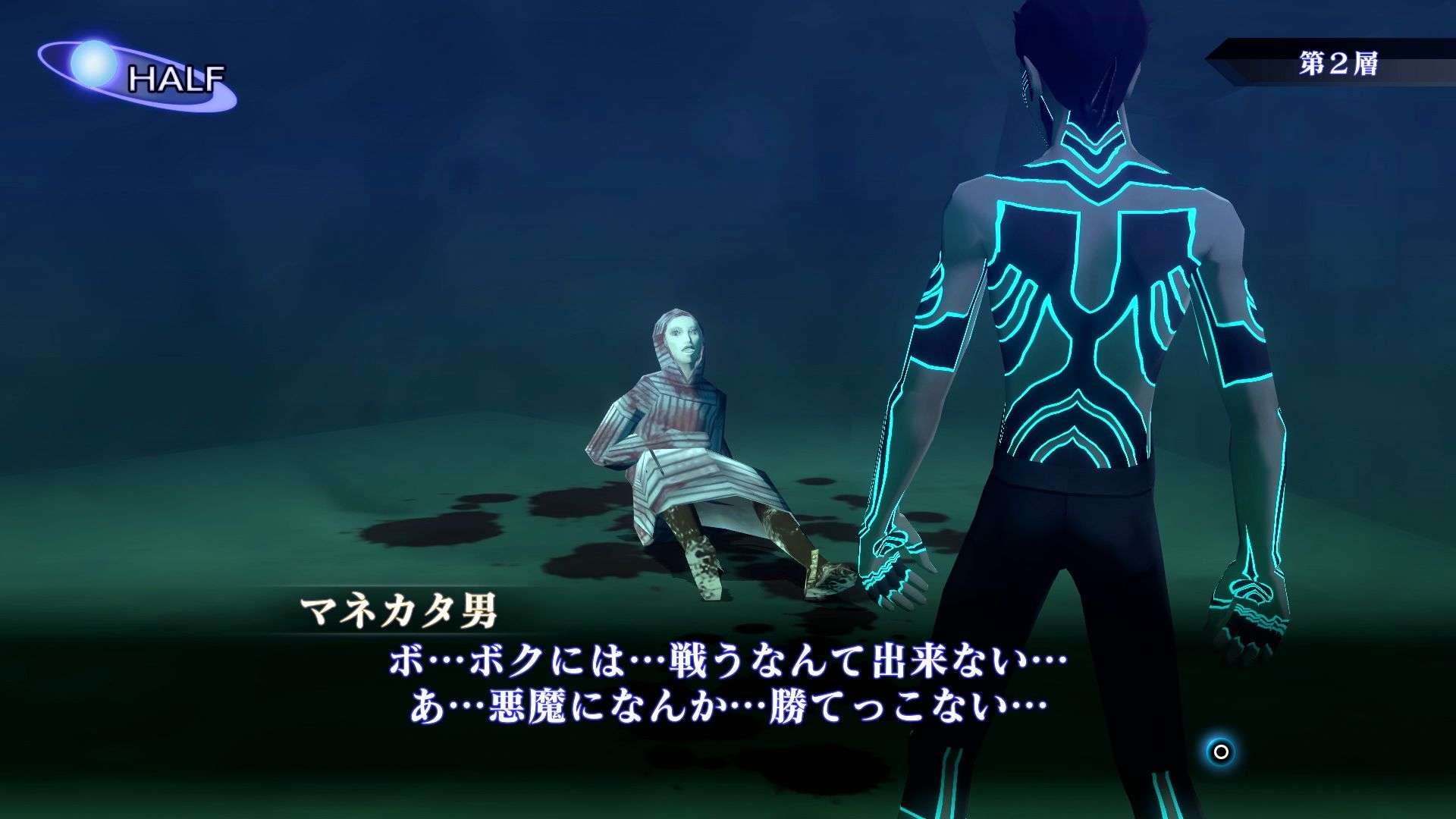 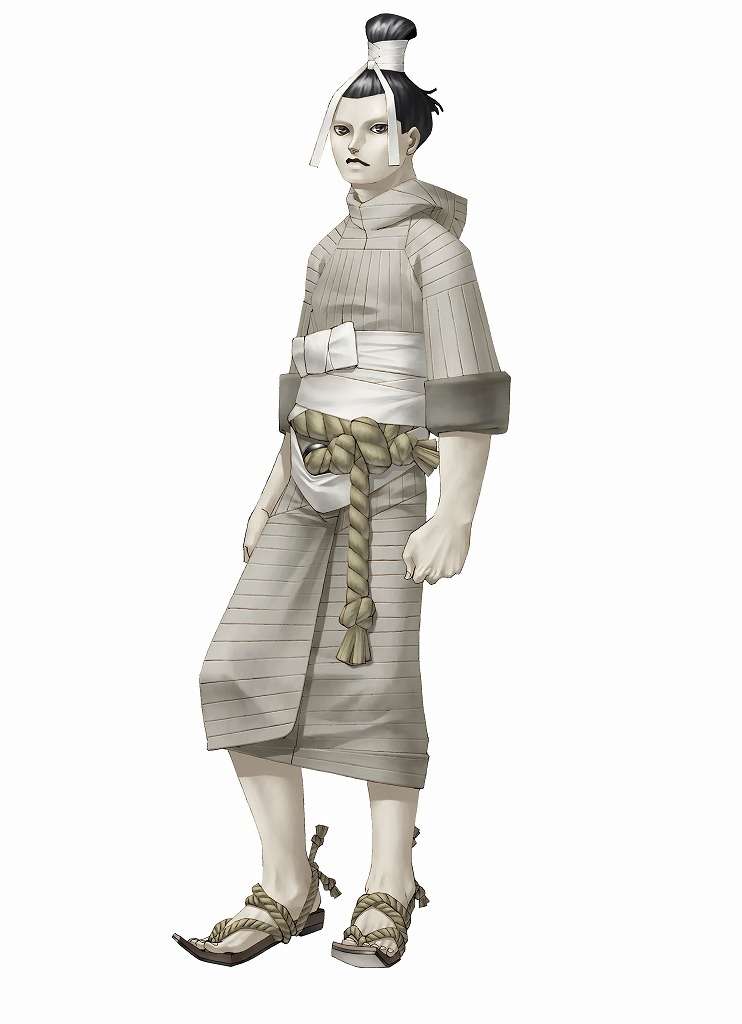 The leader of the Manikins, with a strong will and prophetic powers. He works hard to revive Asakusa to create a world where Manikins can live happily. 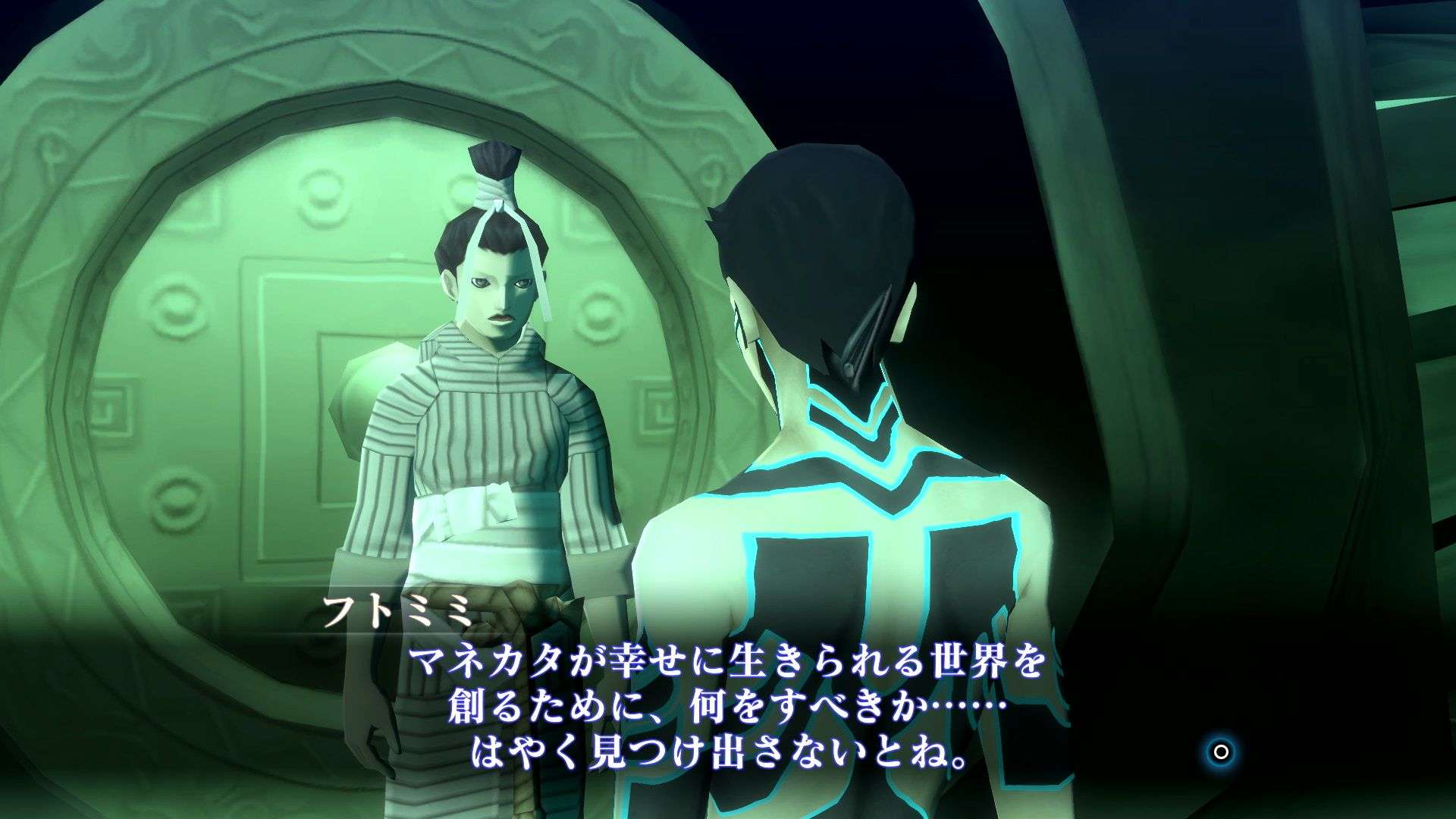 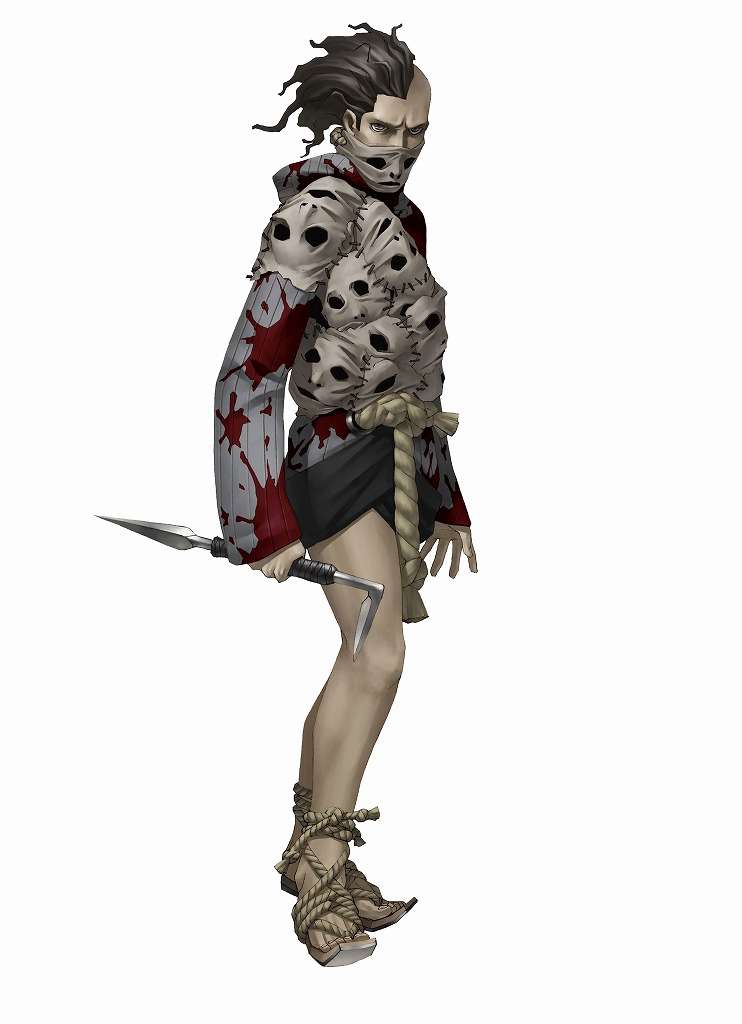 A heretical entity that has emerged from the Manikins. He attacks other Manikins and takes their skins. He is trying to grow his strength, and plans to eventually overcome the demons. 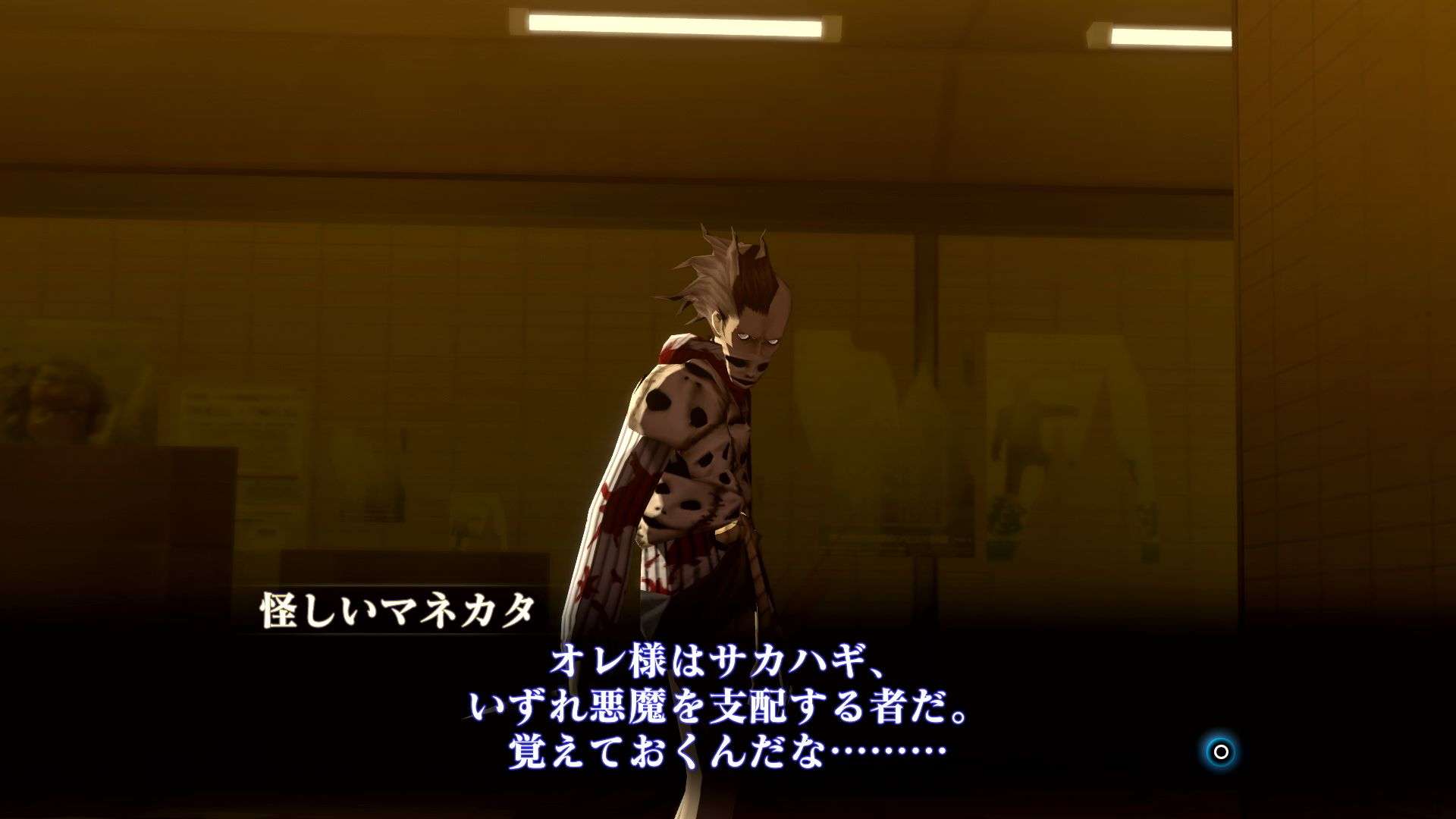 The city of Tokyo has changed in appearance due to the Tokyo Conception.

Many buildings have turned to desert or collapsed, but in some towns and facilities that have retained some semblance of their original appearance, demons and Manikins have gathered to live. Some cities are ruled over by certain Reasons.

Tall buildings as well as commercial buildings have survived. This town is where the main headquarters of the Mantra Army, led by Gozu-Tennoh, is located. It is connected to other cities by tunnels and underpasses which were formerly subway lines.

A bar and jewelry store remain in typical Ginza style, both run by outsiders. Nearby is the headquarters of the Assembly of Nihilo, led by Hikawa.

A town that has been divided and scattered into parts by waterways and steps. It was desolated by the Tokyo Conception, but Manikins are reviving it.

In the vicinity is Yoyogi Park, a location where greenery still remains; a rare sight in the Vortex World. The Shinjuku Hygienic Hospital, where the main characters witnessed the Conception, is also located in the Shinjuku area.

The area in-front of Shibuya station and underground shopping mall retains remnants of Tokyo from before the Conception. Many demons gather and, as in the past, demons meet up at the statue in front of the station.

A mysterious corridor which exists outside of the Vortex World. Flowing with Magatsuhi, the source of the demons’ power, there are demons who enter to obtain it.