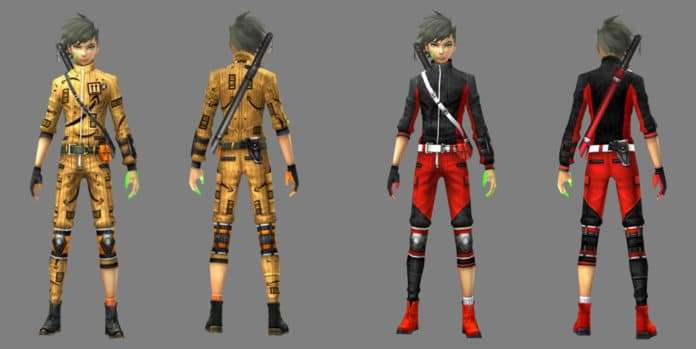 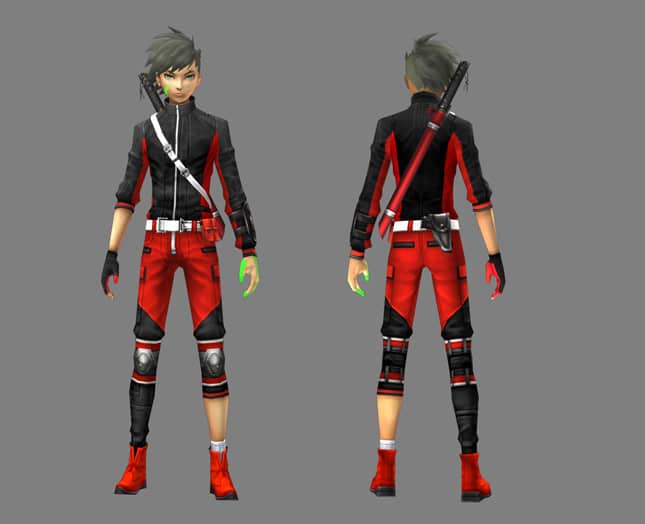 Via the GameStop product page:

Pre-order Shin Megami Tensei IV: Apocalypse from GameStop to receive a code for a bonus exclusive DLC costume fit for the aspiring demon-hunter. With gods and monsters treating post-apocalyptic Tokyo as their own personal playground in the game, wearing the right outfit is a necessary part of the job. The GSEB Power Suit is a bold red and black jumpsuit that will strike fear in the hearts of demons, and should effectively hide wounds sustained in battle! 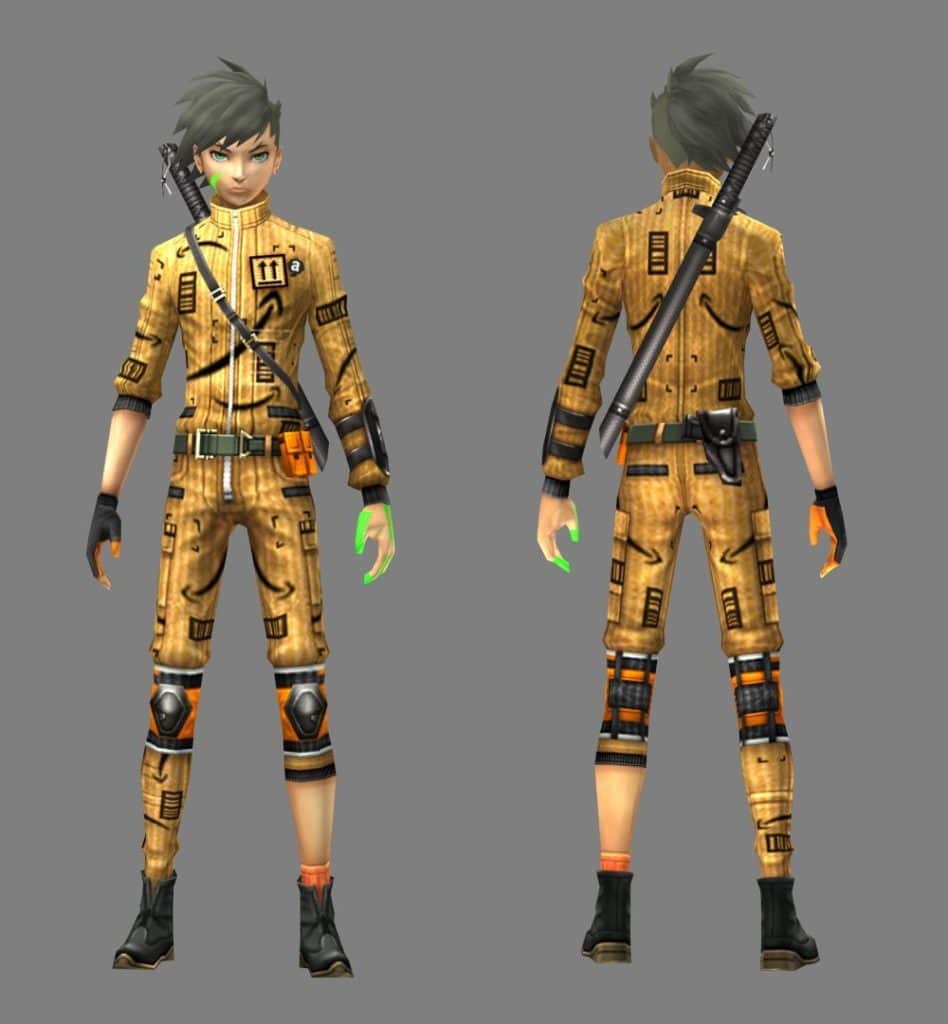 Via the Amazon.com product page:

Amazon exclusive pre-order bonus: Exclusive DLC costume fit for the aspiring demon-hunter. The Prime Suit is a packaging themed jumpsuit that lets demons know that their lives will be ended swiftly and without any hassle!Codes will be emailed within 2 business days of shipment. Offer only applies when sold by Amazon.com

Japan had its own retailer exclusive DLC costumes for Shin Megami Tensei IV: Apocalypse with one for Tsutaya and another for HMV Lawson. 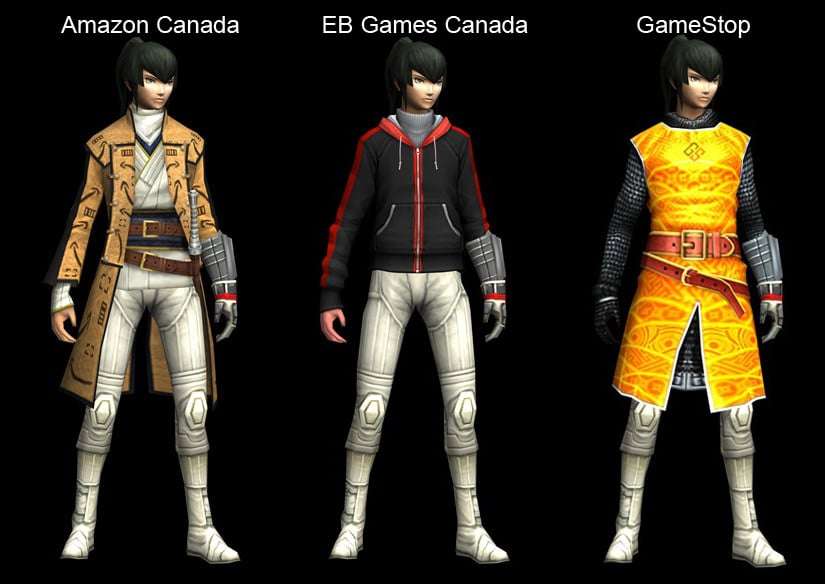