It’s time for all things to end because Shin Megami Tensei IV: Apocalypse, (known as Shin Megami Tensei IV: Final) in Japan, will finally be arriving to the Americas. Overlapping the story of the original SMTIV, the upcoming game focuses a Hunter cadet protagonist who gets killed by one of the demons treating post-apocalyptic Tokyo as their personal playground. However, the mysterious god Dagda resurrects the protagonists in exchange for his fealty, and sets him on a perilous path that treads the fine line between peace and anarchy. Is Dagda simply just an opportunistic lesser god or is part of something much bigger?

The in-game text and voice will be English only.

Box art for the game: 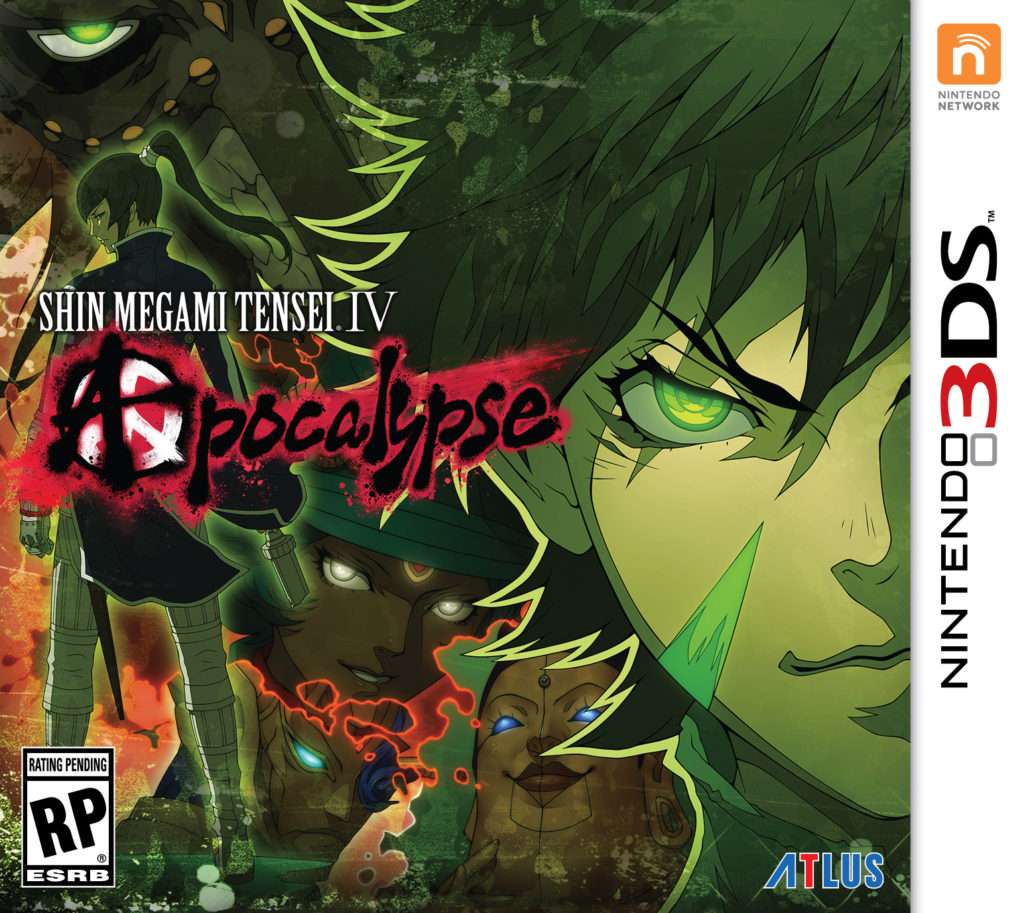 See screenshots for the localization announcement below:

Read Atlus USA’s explanation behind the name change on the official website.

Usually, the subtitle has to accomplish three things: make sense, sound good, and look good on the box. First, there was the issue of length. Because of the way the logo appears in the game, we couldn’t make the subtitle too long. So that cut out things like “In the Shadow of Mikado” and other compound titles. Then we had another design issue: To highlight the duality of the chaos/law aspects of the game, the Japanese designers turned the “A” in “Final” to a mash-up of a peace and anarchy symbol. It’s a cool juxtaposition and a simple yet striking little addition to the logo. But that means we had to make sure there was an “A” in the subtitle too. Sure, “A” is a common vowel, but it’s still a restriction.

So just to recap where we are at this point, we had to find a cool-sounding, impactful name that’s not too long and has to have an “A” in it. Oh, and we have to be cognizant of potential trademark infringements (so much for Shin Megami Tensei IV: End War), and it can’t be objectionable (“holy war” was shot down before the person suggesting it finished speaking). The only positive is that once you have all the constraints in place, it’s easier to start narrowing down the direction. There were numerous email threads, meetings, two whiteboards defaced with indelible marker, but we finally came to agreement and thus, the world will receive Shin Megami Tensei IV: Apocalypse later this year.

The official website for Shin Megami Tensei IV: Apocalypse can be found here.