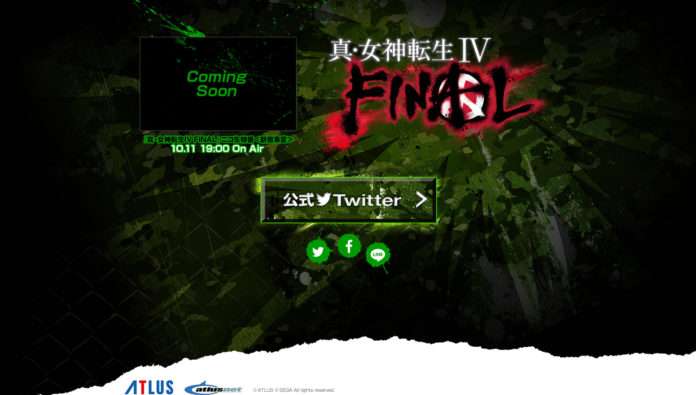 Final follows in line with Shin Megami Tensei IV‘s world, originally released on May 23, 2013 in Japan. A key word for the game will be “Deicide” and it is a brand new 3DS game, not a remake.

This week’s issue of Weekly Famitsu will feature a 10-page scoop on the game, with interviews from the developers.

A new Twitter account has been created for the purpose of this project with the handle  “@megaten_atlus” and the teaser website for the game has gone up.