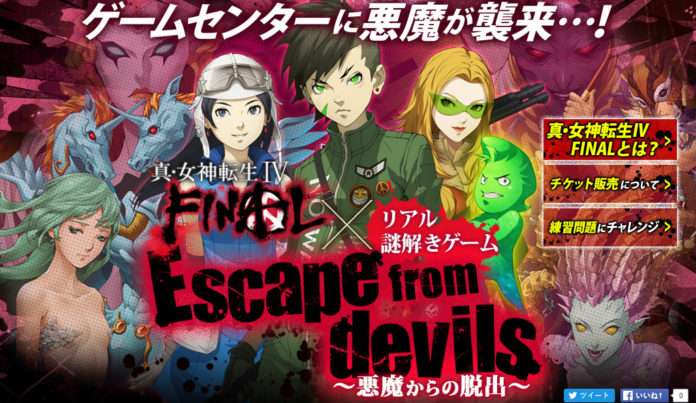 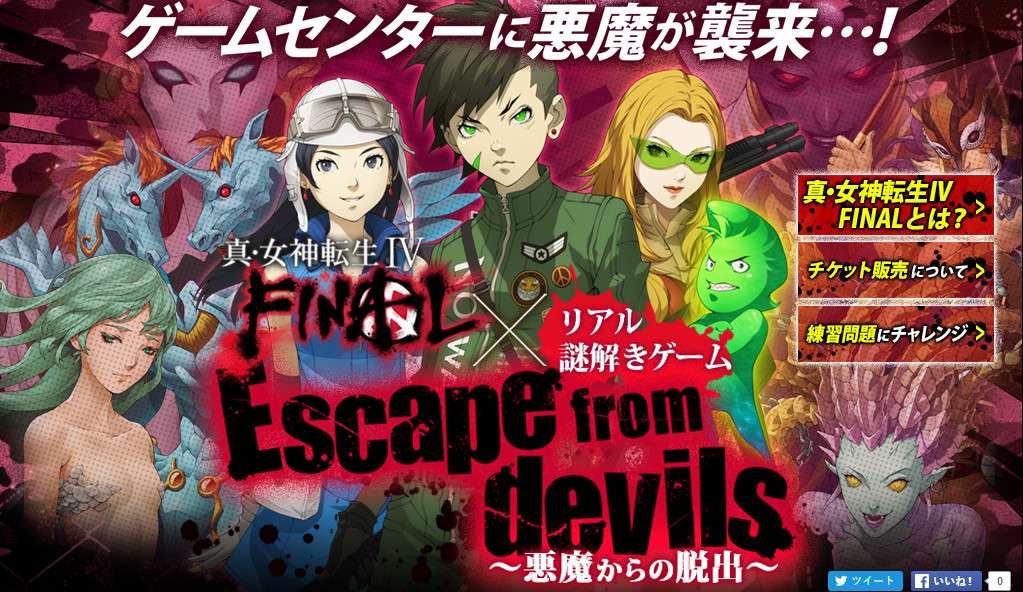 The “Shin Megami Tensei IV Final x Realistic Guessing Game” Escape from Devils has been announced to take place from March 5 to April 3, 2016.

In collaboration with the company Nazo x Nazo, this real life guessing game will consist of riddles participants will need to solve alone or with their friends. There is no time limit to solve the mysteries, so players can solve them at their own pace.

The official website for “Escape from Devils” has launched. It includes a practice section for the kinds of riddles that the game will entail. 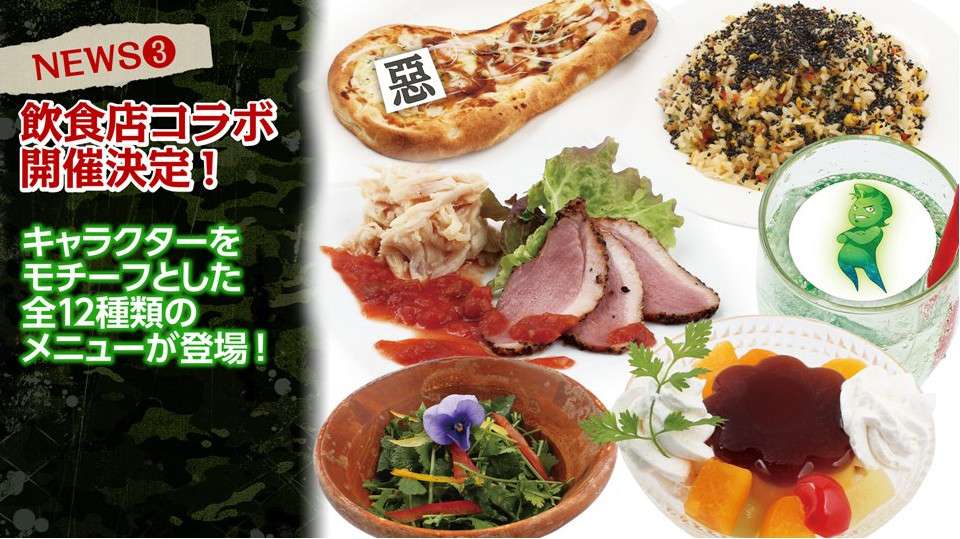 Similar to the TBI Group restaurant collaboration for Persona 4: Dancing All Night in July 2015, Atlus has announced one for Shin Megami Tensei IV Final which will last from February 10 to March 13. 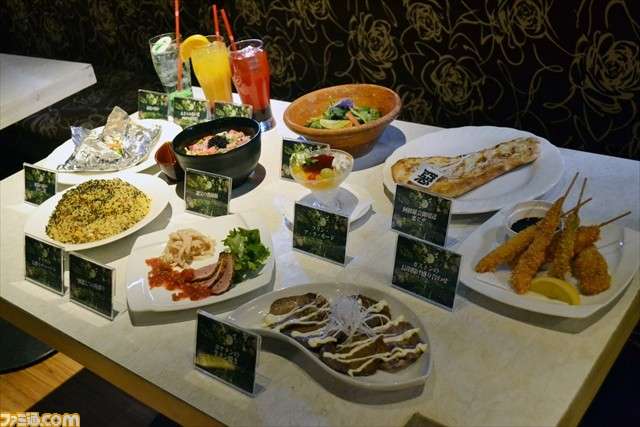 A list of the individual food menu items can be found on Famitsu.

Those who place an order at any of the locations will receive one of the 19 Final postcards. 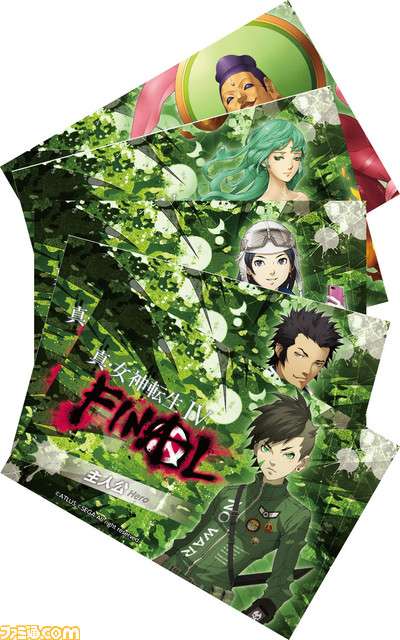 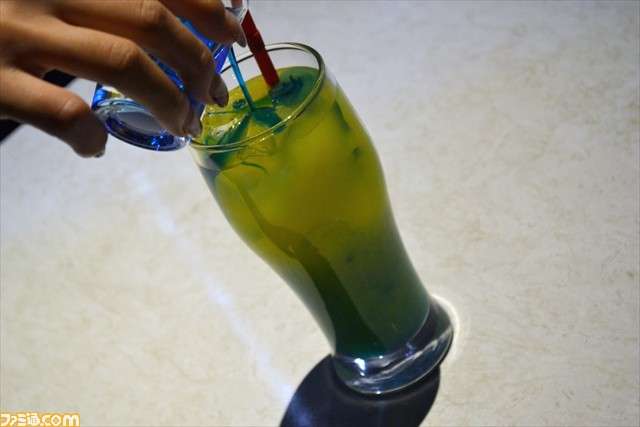 Furthermore, a separate collaboration with the restaurant “Bee House ～Italian Tapas～” in Shibuya was announced for demon fusion themed alcohol. At the restaurant, visitors will be able to mix their own cocktails using a base and an incense, with changes in taste and color.

The price will be 680 yen, with 300 yen more to produce the cocktail. Original cheese and tapas will also be served for the collaboration.

Shin Megami Tensei IV Final is slated to be released for the Nintendo 3DS on February 10, 2016 in Japan.