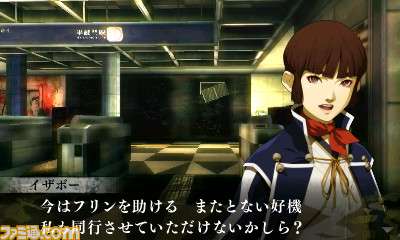 As confirmed previously, Shin Megami Tensei IV Final will have a feature in this week’s issue of Weekly Famitsu magazine, and a preview for it has been released.

This follows the previous Famitsu feature for the game on October 8th, in issue #1401 and the  from the latest Nintendo Direct.

Isabeau (voiced by Miyuki Sawashiro) was one of the major characters in the previous Shin Megami Tensei IV and, for an undisclosed reason, she appears in Final as one of the partners the protagonist can select to help him in battle.

The feature will also contain information on the game’s story of a “Polytheistic Gods Union,” with the demon Krishna leading a coalition of several deities to act together in the war of polytheism vs. monotheism in Tokyo.