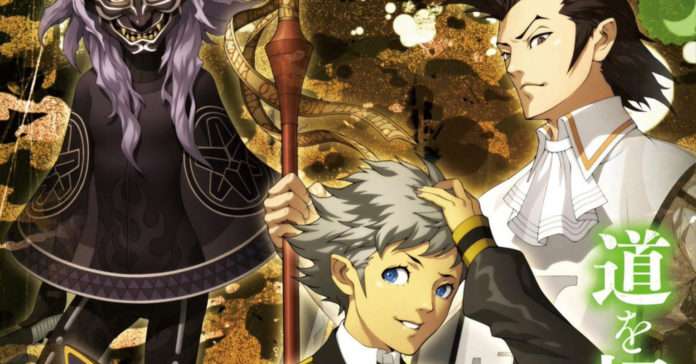 Update (2015-12-26): A translation of the information from the Famitsu feature has been provided by Nintendo Everything, which can be seen below.

The feature details three returning factions from the first Shin Megami Tensei IV: Tokyo’s Ashura-kai, the Ring of Gaea, and the Eastern Kingdom of Mikado’s Samurai.

Three new characters from each faction will be joining the Final protagonist as partners on his journey:

Nintendo Everything has translated the information from the feature:

Hallelujah is voiced by Masuda Toshiki. He’s 15 years old, and is part of the Ashura Assembly along with his elder brother. By his brother’s orders, he keeps an eye on the player’s party, but he’s rather timid and doesn’t like standing out. His demon of choice is Cironnup, which is Ainu for Fox, a divine beast which is said to bring calamity to humans.

Gaston is an 18 year-old samurai voiced by Maeda Takeshi. He’s from the eastern Mikado kingdom who came after receiving an order to defeat the new faction in this game, the “Polytheist Union”. He’s also actually Navarre’s younger brother, and he hates Navarre for sullying their family name.

Finally, we have a few details about Toki. This 14 year-old girl was born and raised in the secluded Tokyo. She doesn’t speak much because she’s been thought not to show her emotions out loud. She moves along with the player’s party because she has a mission to assassinate Flynn. Kuno Misaki voices the character.

Aside from characters, Famitsu touches on new demon features. Below are details on each:

Finally, Famitsu’s article has a special blog which essentially talks about Shin Megami Tensei IV Final’s background, which is basically a conflict between Monotheism and Polytheism gods. The Monotheism faction is led by the single God of the Abrahamaic religions like Christianity and Islam, along with His angels serving Him. And Polytheism faction is generally comprised of Greek and Celtic gods among others. The blog also mentions that Japan also has its own religion Shinto, which is basically also Polytheism, but the creators tease people to wonder what kind of role Shinto will have in this game, before going further into explaining Japanese mythology in general.

The previous Shin Megami Tensei IV Final Famitsu feature was for issue #1410, released on December 10, 2015. It contained details on Nozomi and fairies.