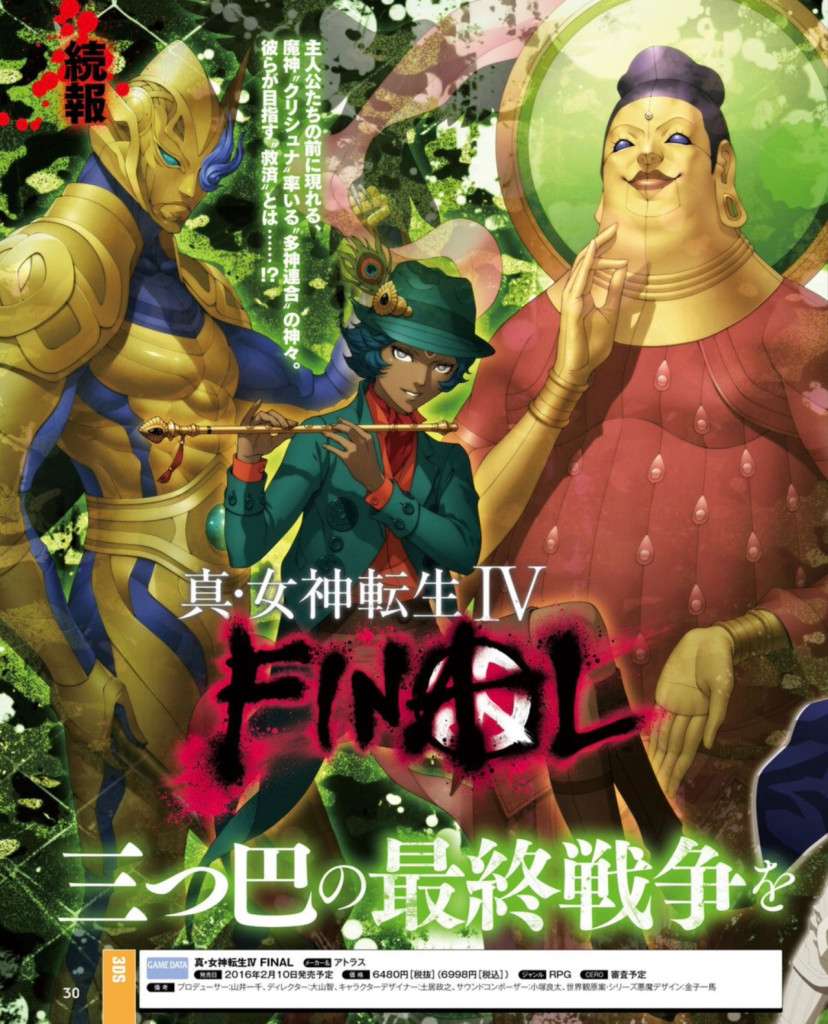 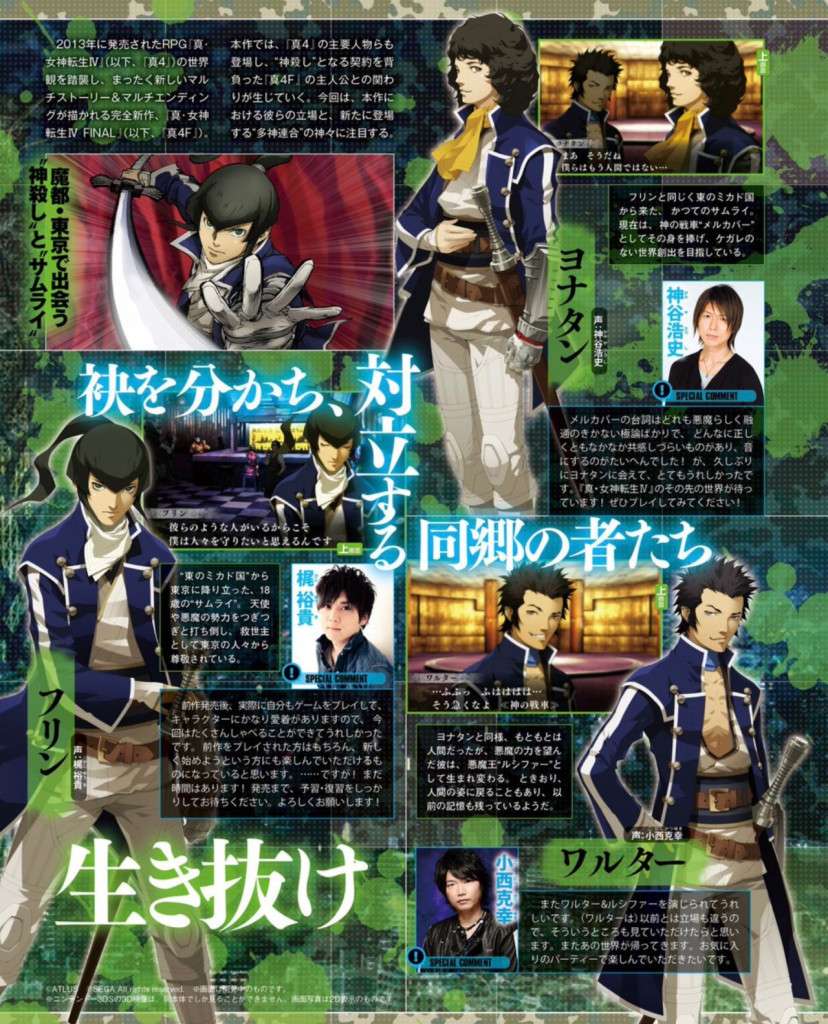 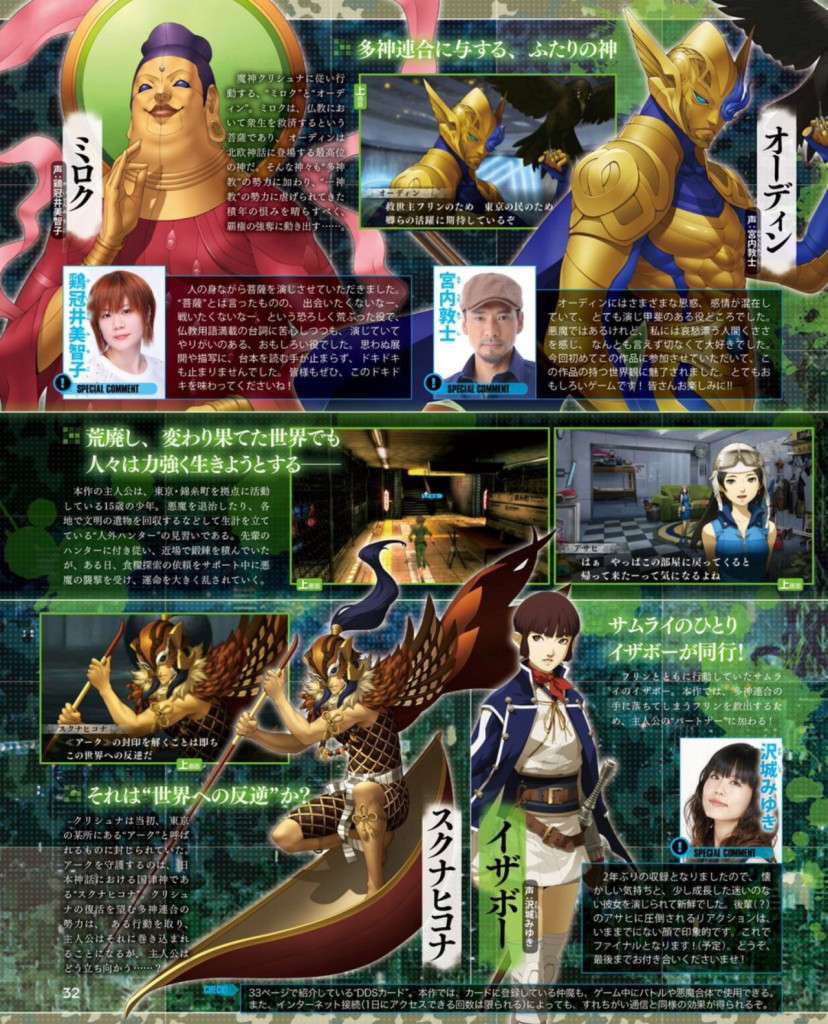 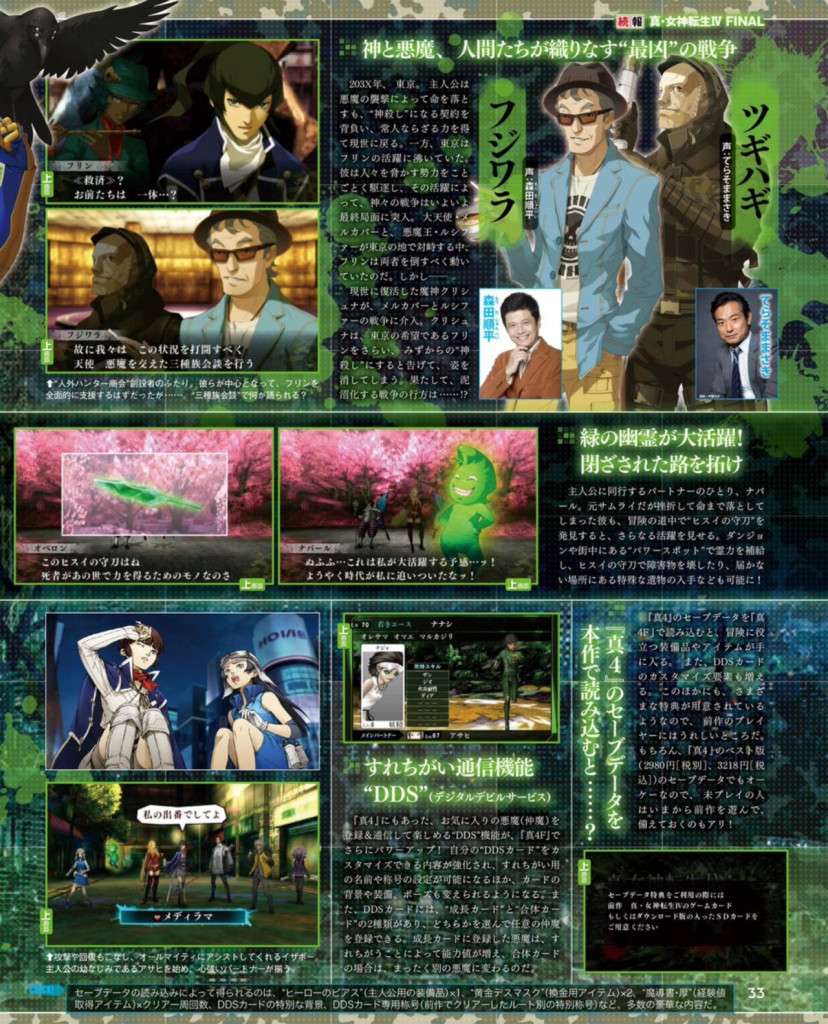 The hero from Shin Megami Tensei IV. He is revered as a messiah after overthrowing angels and demons.

Aiming for a world cleansed of impurities, he has devoted himself to Merkabah.

Originally a human being, he has been reborn as Lucifer. Occasionally, he returns to his human form, retaining his previous memories.

She returns as a partner of the Shin Megami Tensei IV Final protagonist, with the goal of saving Flynn who has fallen into the hands of the “Polytheistic Gods Union” coalition.

A coalition of several deities to act together in the war of polytheism vs. monotheism in Tokyo. Lead by Krishna.

Additionally, it has been confirmed that save data from the first Shin Megami Tensei IV will transfer over to Final to grant the player with new items and equipment.