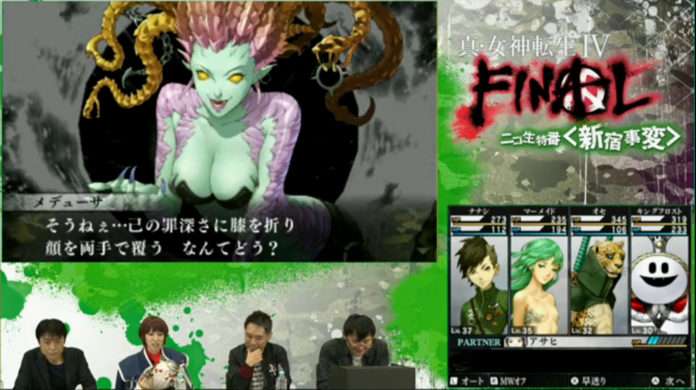 During the “Shinjuku Incident” live stream, the first gameplay footage for Shin Megami Tensei IV Final was shown through a gameplay demonstration, in addition to the first trailer for the game.

The gameplay demo showed off a boss battle against Medusa, redesigned by the character designer Masayuki Doi.

The footage shows that the “Smirk” system from Shin Megami Tensei IV returns in some form.

Siliconera has gathered information that was the producer Kazuyuki Yamai shared during the recent live stream: 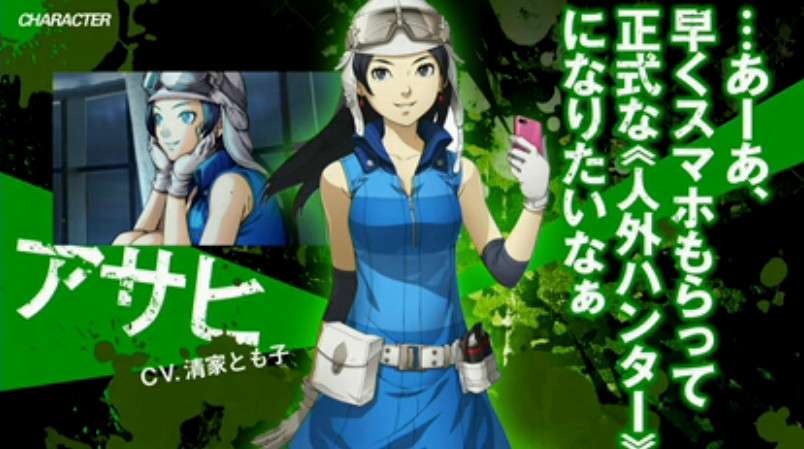 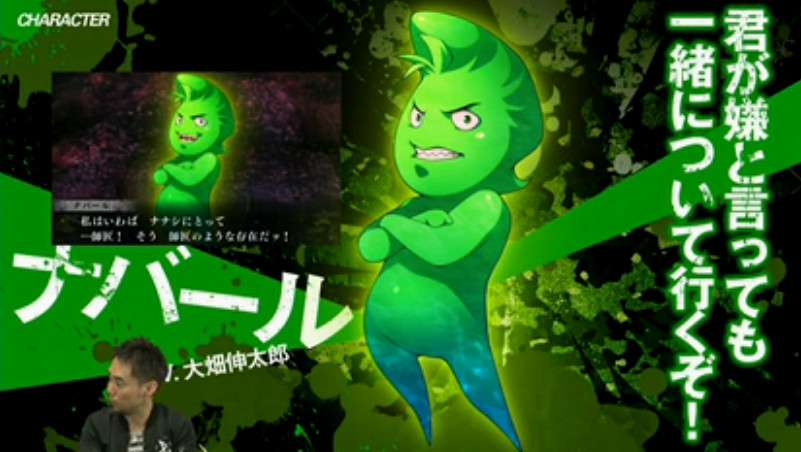 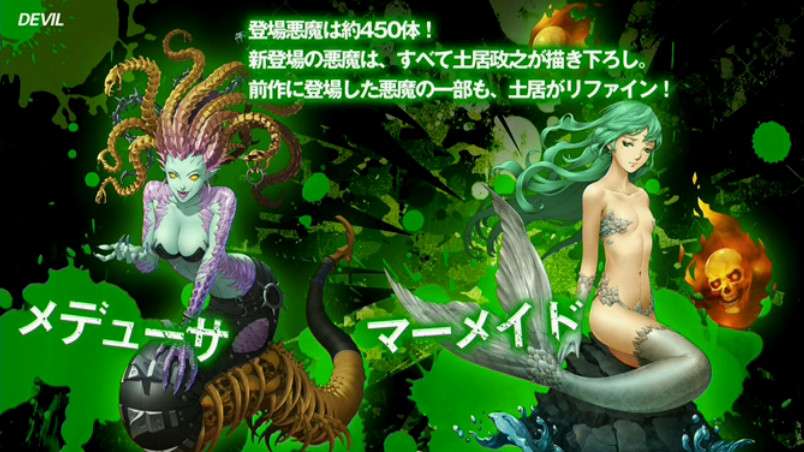 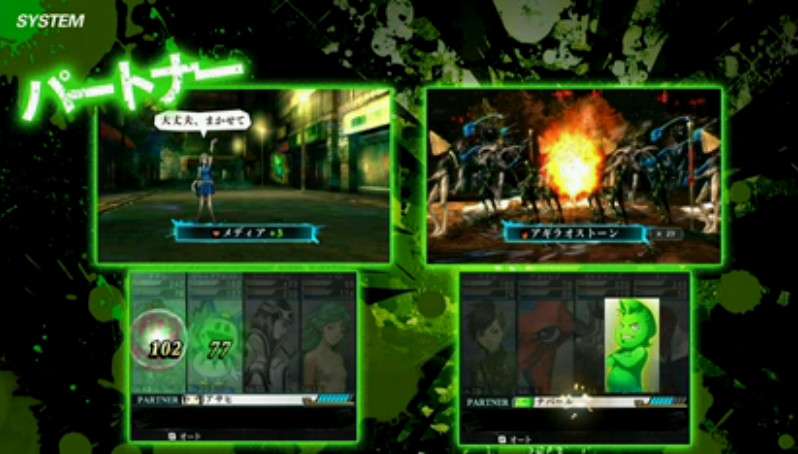 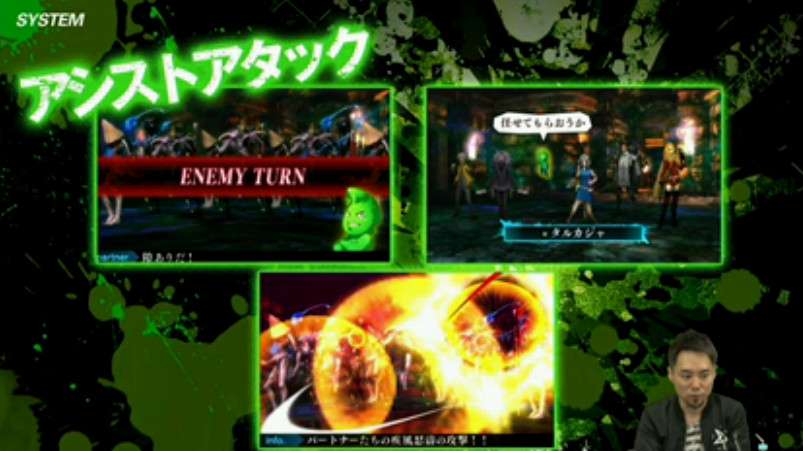 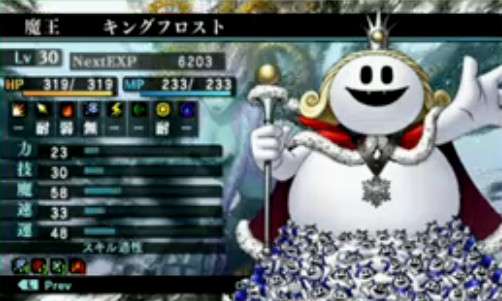 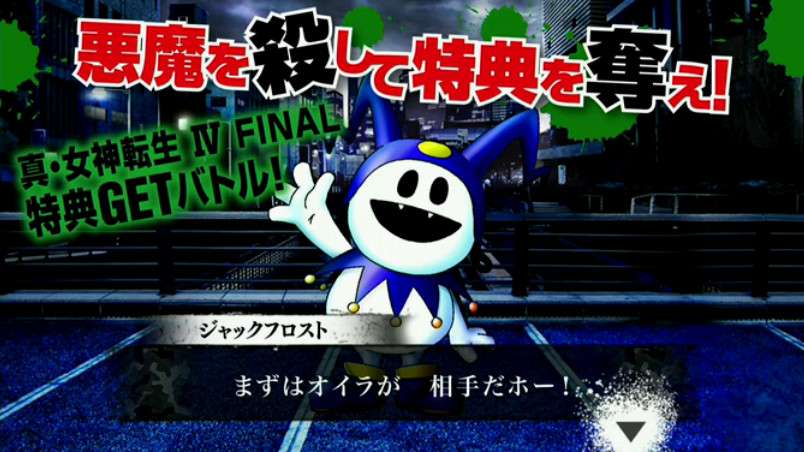 Atlus has launched a Twitter campaign for Shin Megami Tenesi IV Final, the website of which can be found here.

By attacking a demon on the website, one gains the ability to tweet a message from it. The more tweets that are made, the more rewards are unlocked.

The final tier is for “Anarchy Earrings” and “Peace Earrings” equipment given as first-print copy bonuses for the game. 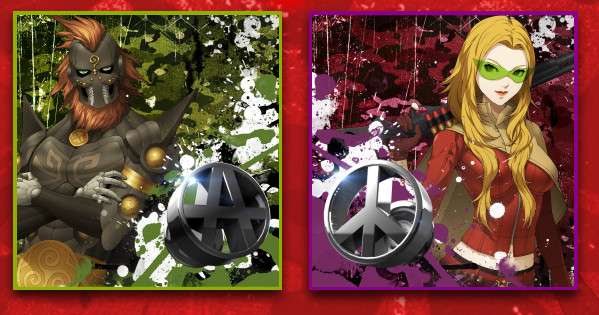