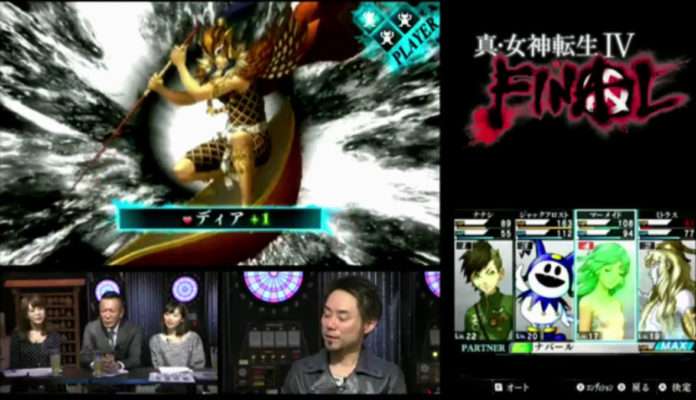 The gameplay segment had the Shin Megami Tensei IV Final‘s producer, Kazuyuki Yamai, show off exploration in a cave environment, the battle system and a boss battle against the demon Sukuna-Hikona.

Demon negotiation with the new Mermaid demon was shown, along with demon fusion to produce Inugami. A new menu was shown in which the hero’s partners, such as Asahi, will send messages in order to communicate.

The ghost Navarre assists in dungeon exploration by using a “Jade Mamori-gatana” ceremonial sword to open blocked paths. It has a limited use, but its spiritual power can be replenished with special “power spot” locations.