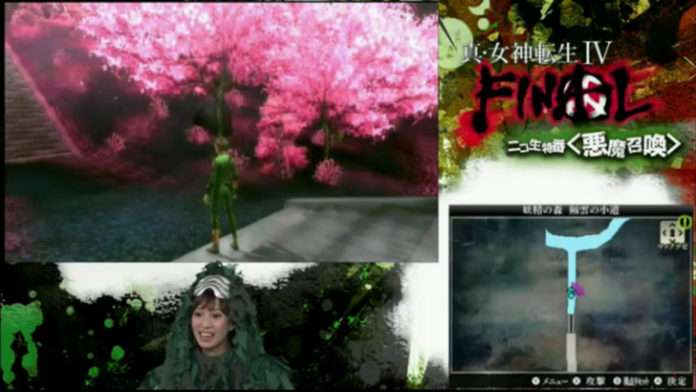 
Played by the voice actor Ami Koshimizu, the new gameplay footage for the game showed off exploration and combat.

The ghost Navarre assists in dungeon exploration by using a “Jade Mamori-gatana” ceremonial sword to open blocked paths. It has a limited use, but its spiritual power can be replenished with special “power spot” locations.

Additional gameplay shown off by the producer Kazuyuki Yamai, in the fourth video captured by Perfectly Nintendo, showed off a gameplay segment that featured a boss battle against a demon with a 3D model. 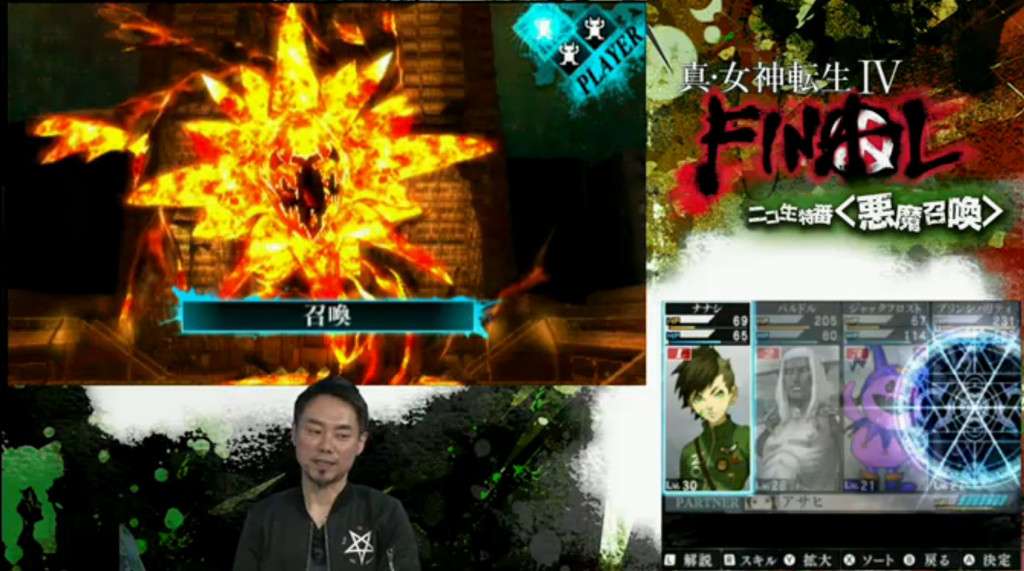 As announced previously with the Twitter campaign, arranged background music composed by the composer Ryota Kozuka was played at the end of the live stream. 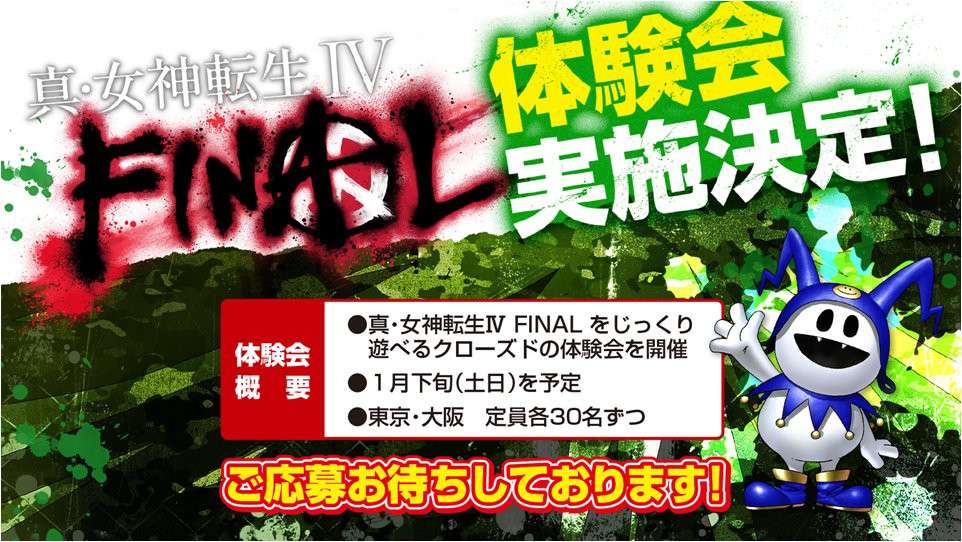 During the live stream, a public demo in Japan for Shin Megami Tensei IV Final was announced. The event will take place  in two locations: Tokyo and Osaka in late January 2016.

Players will be able to play the game from the start (beginning at the title screen) for a period of two and a half hours.