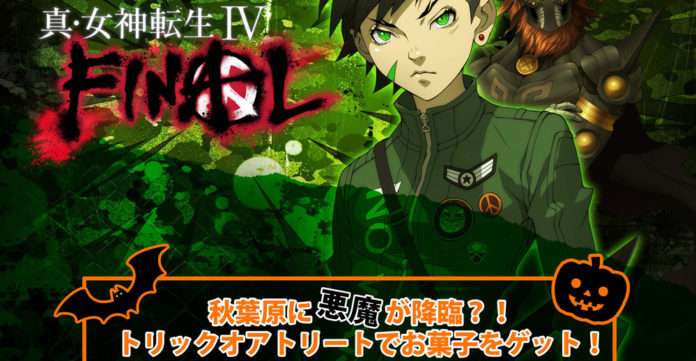 Atlus has announced that a public Shin Megami Tensei IV Final Halloween event will be taking place on October 31st in Akihabara, Japan. 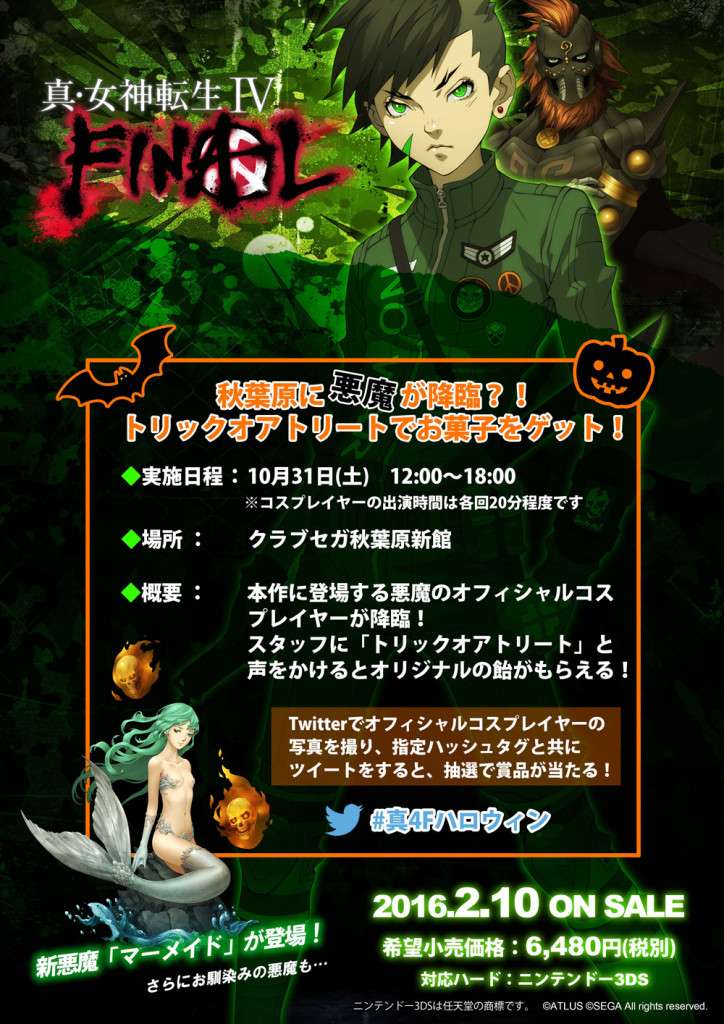 The event will take place from 12:00 – 18:00 JST on October 31, 2015 at the Club Sega arcade in Akihabara. Professional cosplayers will be present, as well as staff from the development team, and unique candy will be given to those who visit.

The cosplayers present will be dressed as demons from Shin Megami Tensei IV Final.

There will be photo sessions with the cosplayers at the event.

Photographs taken with the professional cosplayers at the event can be posted on Twitter with the hashtag “＃真4Fハロウィン” (#Shin 4F Halloween).

Those who tweet those pictures with the specified hashtag will be entered into a lottery for a chance to win unique prizes. The deadline for the campaign is November 1st, 2015 at 11:59 PM JST.