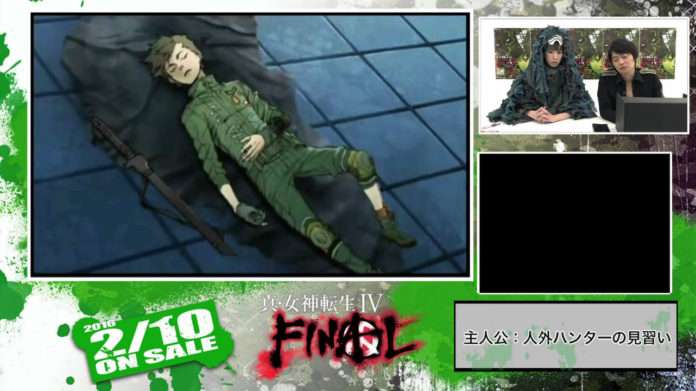 As announced last week, Atlus has released a video of the intro sequence for Shin Megami Tensei IV Final.

The 30-minute playthrough on Niconico is by voice actors Ami Koshimizu (Yukiko Amagi from Persona 4)—who appears in the Pellaidh cosplay she wore during December’s “Demon Summoning” live stream—and Hiro Shimono (the protagonist from Shin Megami Tensei IV Final).

The start of the game was previously described in an article by Joshin web.

Players assume the role of Nanashi, an evildoer hunter as he wakes up from a strange dream in his base of operations. His close allies are his childhood friend Asahi, the youthful Manabu, and the veteran Nikkari. The protagonist is sent on a mission to retrieve an object outside, when he comes across what appears to be a broken smartphone. 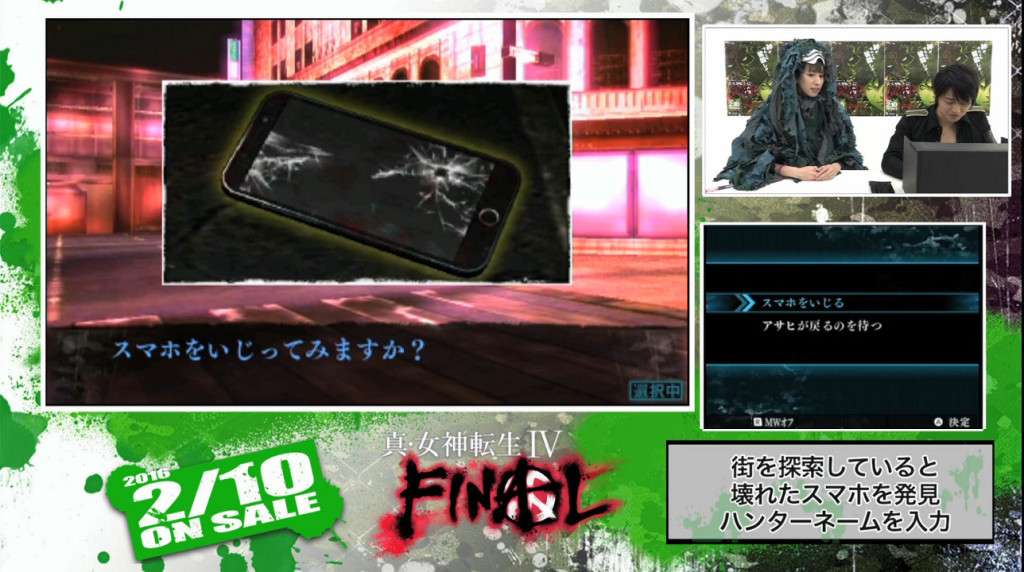 Nanashi’s colleagues instruct him on the history and the usage of the demon summoning device. As he trains with it, the protagonist is suddenly surrounded by demons, and is subsequently killed. He finds himself in Yomi—the land of the dead—and soon encounters the demon Dagda, who offers to bring the protagonist back to life if he will become Dagda’s “god killer.” 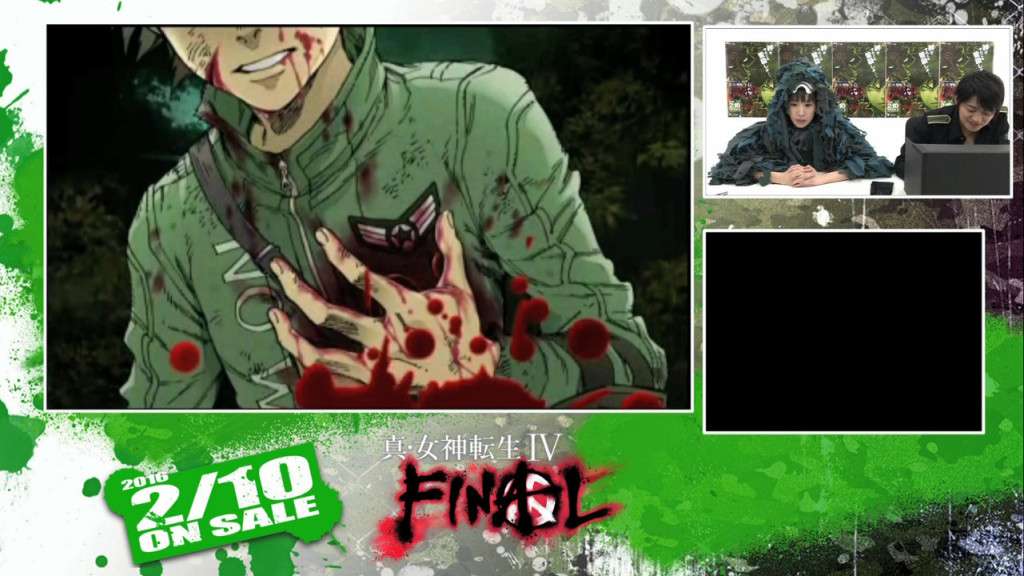