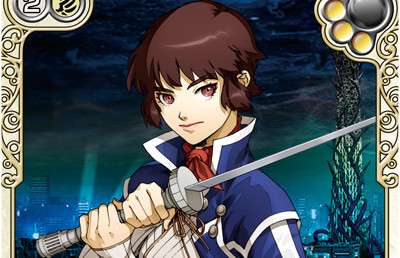 Illustrations have been revealed on the official website, accordingly.

Two pre-built decks for the set have been released on April 8, 2016 for 1,000 yen (excluding tax). Both decks include 50 Last Chronicle cards. 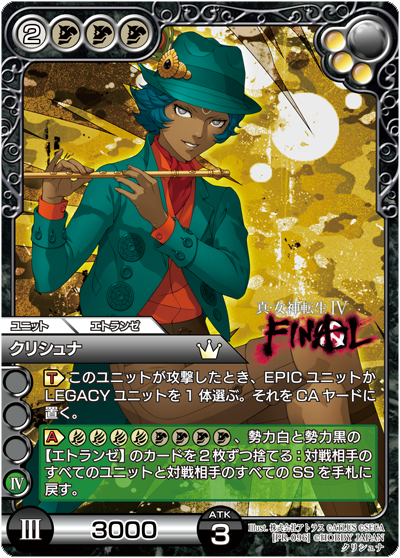 Last Chronicle held a live stream on April 6, 2016 where they showed off one of the Shin Megami Tensei IV Final themed decks.

One of the playmats included as part of the collaboration: 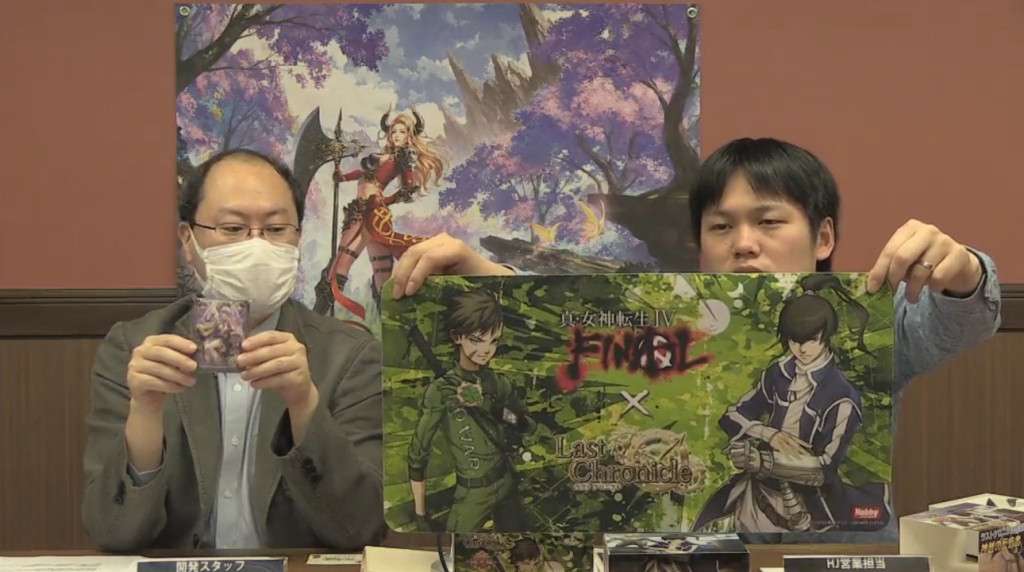 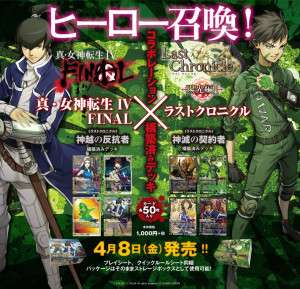