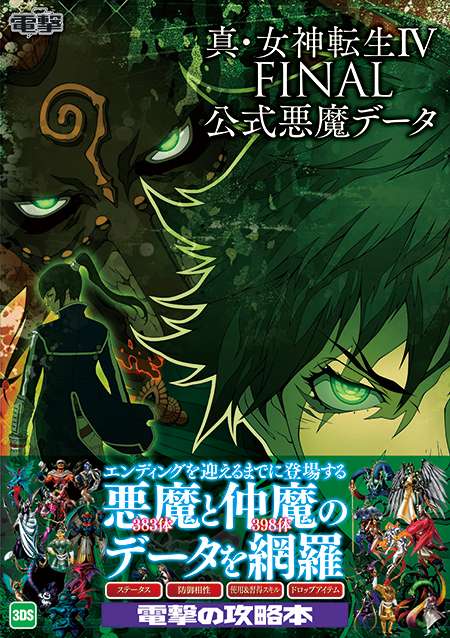 Atlus has announced the Shin Megami Tensei IV Final Official Demon Data guide book, set for release on the same day as the game on February 10, 2016.

The guide will cover 398 of the approximate total of 450 demons in the game, with 383 that appear before the game’s ending.

The guide contains details on the fundamentals for demon negotiation and fusion for beginners. The tables mostly cover 2-demon fusion with a number of examples, with other special combination examples.

There is a large volume of data, listing the status and skills of the 398 demons. Battle information is listed for training purposes, along with fusion data. Gifts that demons give during certain events are also included.

The guide book is now available on Amazon Japan.