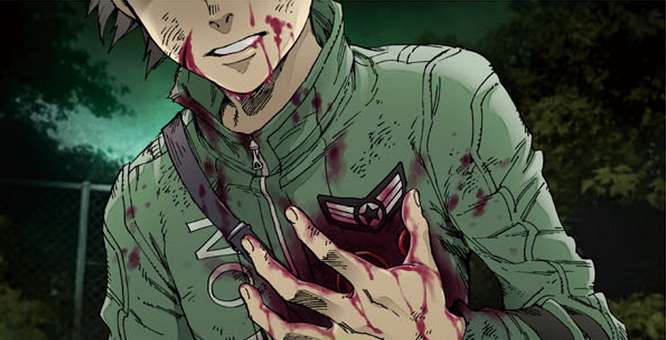 The protagonist (voiced by Hiro Shimono) has been spending his days as an apprentice of an organization called the Outlaw Hunters. He takes a surprise attack from a demon while out on a mission, then dies.

After his death, the protagonist wanders around the kingdom of Hades, and it’s where he encounters the Majin (Demon God) known as “Daguza” (shown above). The young man reluctantly comes to an agreement with Daguza, who had plans of his own. 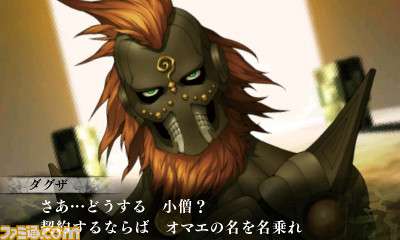 “From this day forward, you will be my ‘God Killer.’ Together, we will kill all gods.”

Daguza then provides the young man with a new life, and the “demon summoning” ability, that lets him call out demons to his aid. The young man goes back to reality with his newfound power that is more than enough to make it through the fights at the Demon Capital, Tokyo, alongside Daguza, who resides inside the protagonist’s smartphone, as he begins to monitor the young man…

During this time, the “Final War” between the Archangel Merkabah and the Demon King Lucifer was nearing its end; however, a group of gods called the “Association of Gods” have descended.

Led by the Majin Krishna, with the objective of “relieving all humans,” the group begins to demand mankind to relinquish their souls. 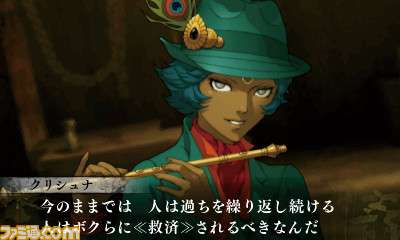 The official website for Shin Megami Tensei IV Final has been updated with a shopping guide page, which will feature exclusive pre-order items for various Japanese retailers.

The Famitsu DX Pack limited edition release via ebten has been announced, and it will cost 9,482 yen for the following items:

An acrylic figure representing the main protagonist and the demon “Daguza,” who revived him.

A shot glass and photographic paper featuring the female character in red, armed with a shotgun.

A strap made of reflective material made to resemble the glow of the character “Navarre,” now represented as a green ghost.

The Famitsu DX Pack is currently available for pre-order through Play-Asia for $129.99 USD.