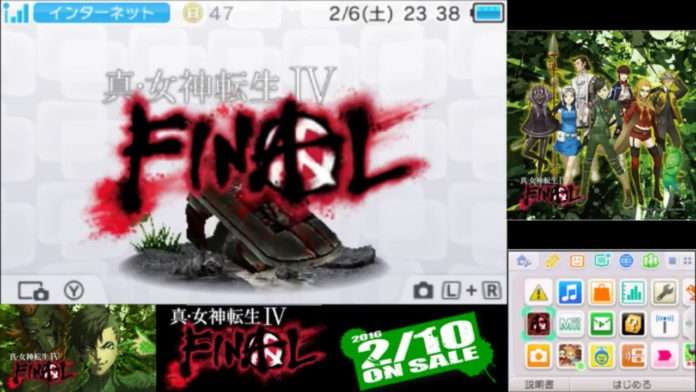 Shin Megami Tensei IV Final is set to release in four days in Japan, however the street date for the game has been broken as of February 4 and some have obtained early copies of the game.

As a result, gameplay videos and screenshots have been uploaded by players with early copies of Shin Megami Tensei IV Final.

Update (2016-02-06): As anticipated, the Okada Let’s Play videos were removed from YouTube approximately two hours after this post was written.

A 40-minute video was uploaded to YouTube previously, however it has been removed by Atlus Japan. This is an indication that the media provided in this post might be rendered unavailable in the near future, as Atlus seeks their removal.