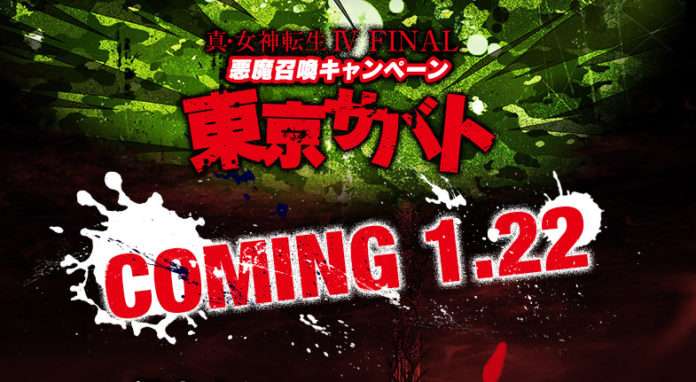 Atlus has released a Shin Megami Tensei IV Final teaser page for what is currently known as the “Tokyo Sabbath” campaign. 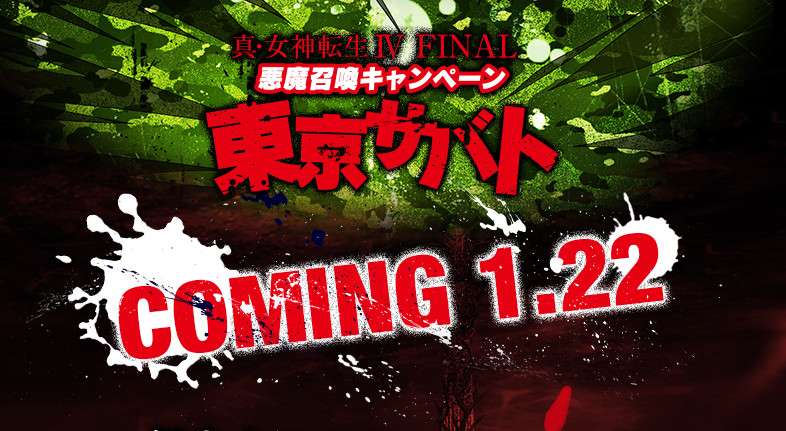 The campaign will start on January 22, with the context of summoning demons in order to defeat the combined forces of the Demon King Lucifer, the Archangel Merkabah, and the Genie Krishna in a decisive battle that will take place on February 9th. Official campaign details will be released when it starts on January 22.

This campaign is planned to be a follow-up to last year’s “Demon Summoning” Twitter campaign for the associated live stream in December.

The battle will begin on January 22, where demons will appear at certain map points in Japan, and players will have to summon their own demons to confront them. 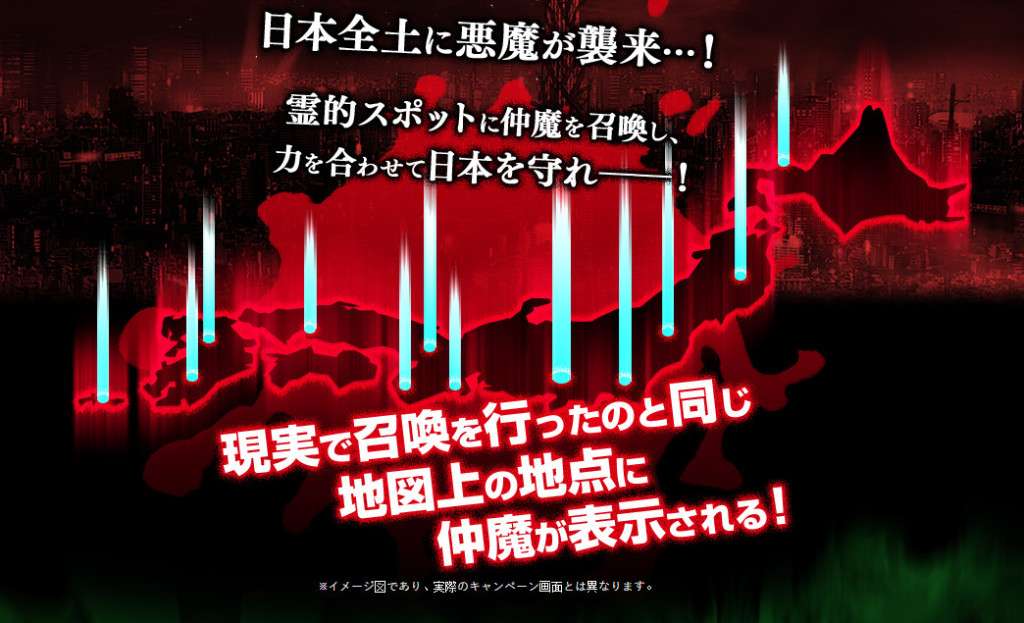 Editor’s Note: This sounds a lot like the “Hunt for the Phantom Thieves” campaign Atlus held for Persona 5 in September 2015.

The decisive battle for the campaign will come in the form of the Shin Megami Tensei IV Final “Tokyo Sabbath” live stream on February 9 at 8:00 PM JST (3:00 AM PST / 6:00 AM EST), a day before the release of the game in Japan.

The live stream page can be found here. More information will be made available on January 22, with this live stream as a follow-up to December’s “Demon Summoning” Niconico special.