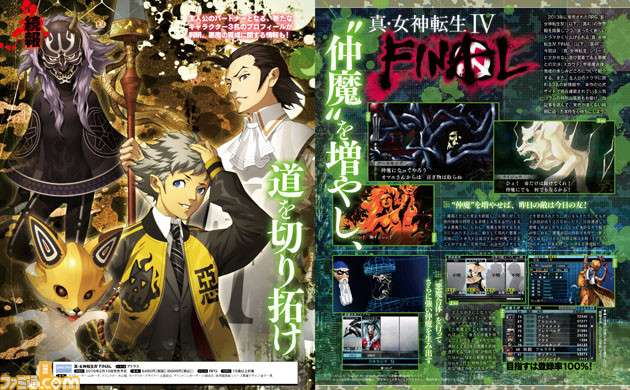 This week’s issue of Weekly Famitsu magazine issue #1413 (issue #1412 and #1413 together) will contain a feature on Shin Megami Tensei IV Final, with details of three different factions that appeared in the previous game.

The three factions that will be detailed in this feature are: the Ashura-kai of Tokyo, the Ring of Gaea, and the Samurai of the Eastern Kingdom of Mikado.

Representatives of these three different factions will join the Shin Megami Tensei IV Final protagonist on his journey as partners: Gaston (Samurai), Hallelujah (Ashura-kai), and Toki (Ring of Gaea). 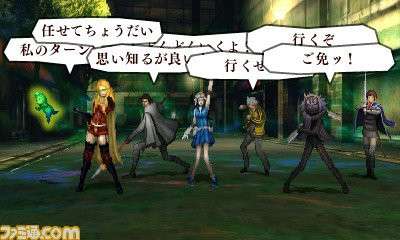 Additionally, following the character voice videos for Odin and Miroku, Famitsu has released two new videos for their upcoming feature.