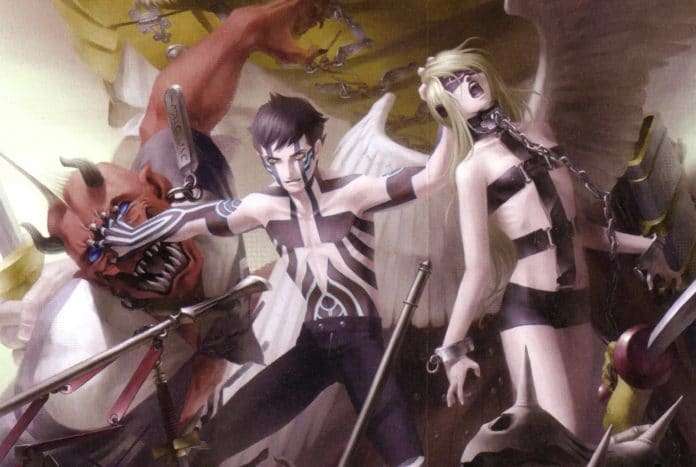 Atlus has released the full stream archive from the “Shin Megami Tensei Series Music Popularity Vote” live stream, which ran through the top 149 tracks from the series as voted on by fans.

Thank you for voting on Megaten series popular songs, and thank you for picking the battle theme from Nocturne, of which I was in charge. In a way, I’m sorry to say that it would have been impossible to imagine a long time ago that a track from Nocturne would be ranked first.

Although it is neatly in number 1, 2 songs from Shin Megami Tensei are also within the top ranks. It is a sense of relief to see that old and new fans are intermingling, and it is pleasing for us at Atlus.

In the future, I hope that Kozuka’s songs will dominate the top of the popular song ranking, after 5 or 10 years, with songs from Shin Megami Tensei IV composed by Kozuka becoming more memorable. Both IV and Apocalypse have good songs. So, if a new song from Strange Journey Redux could also be involved in it… Oh yeah, Strange Journey Redux will be released on October 26th!

Thank you very much for voting!

As a result of the ranking, as the person in charge of the titles after Shin Megami Tensei IV, I honestly feel that it’s regrettable (and I am sorry)… At the same time, “this song is definitely the best… Oh… this one too…” were my thoughts while being aware that I was seeing the top results (laughs).

Personally, I pledge to get my revenge some day. Thankfully, the Megaten series will continue over the 25th anniversary, and I am truly appreciative of the many people who will participate in these projects as well.

I’m looking forward to the release of Strange Journey Redux soon. In addition, live events and concerts will be held this year. Thank you for supporting the Megaten series as it continues into the future.

The complete ranking of all 311 eligible songs has also been published by Atlus, and can be found here in Japanese.