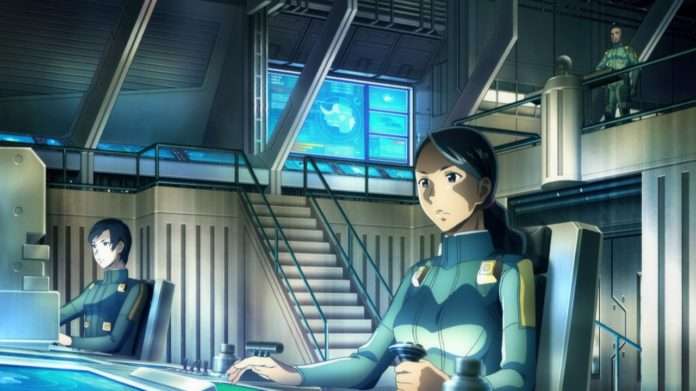 Atlus has released a new trailer for Shin Megami Tensei: Strange Journey Redux, showing off the updated graphics in the game’s dungeons for the 3DS remake of the game, compared to the original DS version.

A search team formed by the United Nations, gathering outstanding soldiers and scientists from across the world. It consists of 8 groups, including a “Mobile Team,” and “Observation Team,” a “Material Team,” and an “Infrastructure Team.”

The next generation vehicle they use for transportation is the “Red Sprite,” which operates on plasma for power. It can fly, and has a protective shield.

The A.I. that supports the research team is called Arthur, who guides the team in harsh circumstances.

The Atlus Artwork Team added new portrait illustrations to members of the Schwarzwelt Investigation Team, which adds to event scenes.

A crew member belonging to the strategy group. He is primarily responsible for Operations Command, but he also aids in navigation and equipment operation of the Red Sprite. 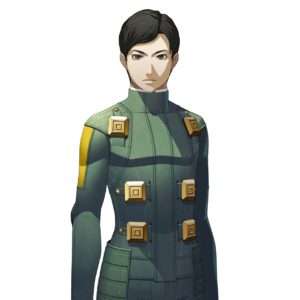 A crew member belonging to the medical team, and stationed in the medical office. She is highly adaptable, and shows interest in the nature behind the demons. 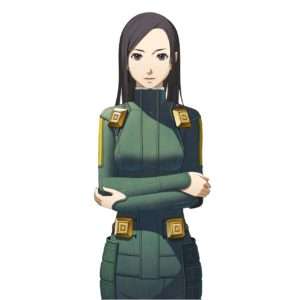 Demonica suits are combat clothing developer for the Schwarzelt Investigation Team, which incorporates weapons and is equipped with basic AI (voiced by Saori Hayami) that can be upgraded through various applications. “Demonica” stands for “DEMOuntable Next Integrated Capability Armor.”

A mysterious girl named Atex, new to Strange Journey Redux, also wears a state-of-the-art Demonica suit which is different from the research team’s. She appears to be hostile to the hero, and who she is is a mystery. Her Demonica has its own special OS called George (voiced by Yuichi Nakamura), which has a pseudo-emotion program and appears to have better capability than the OS of the regular Demonicas, demonstrated with Alex freely having conversations with George.

With newly added demons to the game, as well as original ones, there is a total of about 350 demons overall.

A new demon added to Strange Journey Redux, illustrated by designer Masayuki Doi, is a goddess of Zoroastrian / Persian myth called Anahita. Her name means “clean,” and she is regarded as a water god who controls rivers. 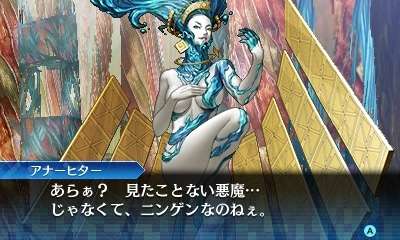