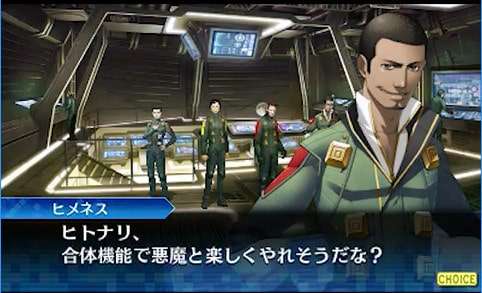 Jimenez (voiced by Takahiro Sakurai) is a soldier on the front lines who is proficient in combat. He seems to enjoy the appearance of demons and the crisis that they have brought.

Shin Megami Tensei: Strange Journey Redux will be released for the Nintendo 3DS in Japan, in Fall 2017. It will release in North America and Europe in early 2018.