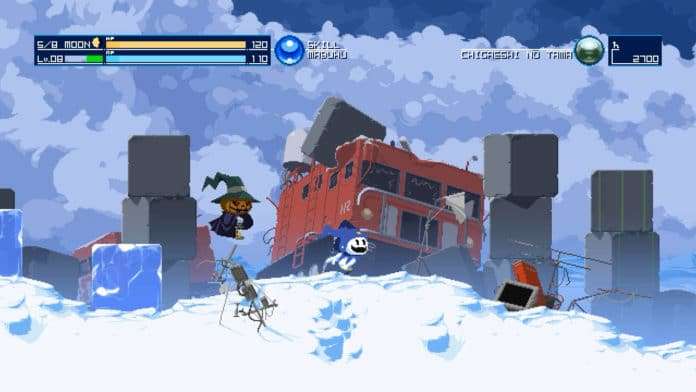 A recent trailer for Shin Megami Tensei: Strange Journey Redux featured what looked to be a Metroidvania title in the vein of Jack Bros. While it was stated to be a lie during the trailer, Atlus has released the game as a free PC download, with the name “Shin Megami Tensei: Synchronicity Prologue.”

The 2D action-adventure game features Jack Frost and Pyro Jack exploring the Schwarzwelt, but it has no direct connection to Strange Journey Redux.

To celebrate the 25th anniversary of the Shin Megami Tensei series, Atlus has released this game based on the upcoming Shin Megami Tensei: Strange Journey Redux. Via Gematsu, it is “developed by Den-fami Nico Game Magazine’s Ladybug team, which is led by Krobon, who developed the PC game Pharaoh Rebirth+. The same team also developed the KonoSuba: God’s Blessing on this Wonderful World Season 2 Blu-Ray 1 bonus game.”

It is an honor to be able to create a spin-off of the big series called Shin Megami Tensei. We hope that it will be played by many people.

The default key configuration for the game, which can be changed in the menu. The game supports Xbox and PS4 controllers, as well as PC game pads.