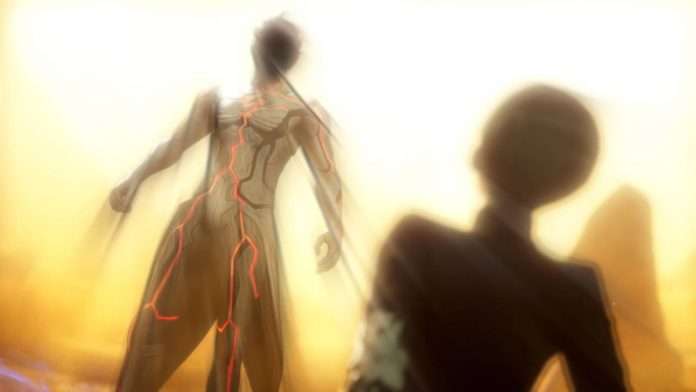 Update (2021-02-12): In the Fiscal Year Ending March 2021 third quarter results, Sega Sammy has specified that while Shin Megami Tensei V is listed in the section for games releasing this fiscal year, it is scheduled for a vague “2021” release date. With Humankind set for release outside of the fiscal year as well, it is unlikely SMTV will be releasing during the first quarter of 2021. 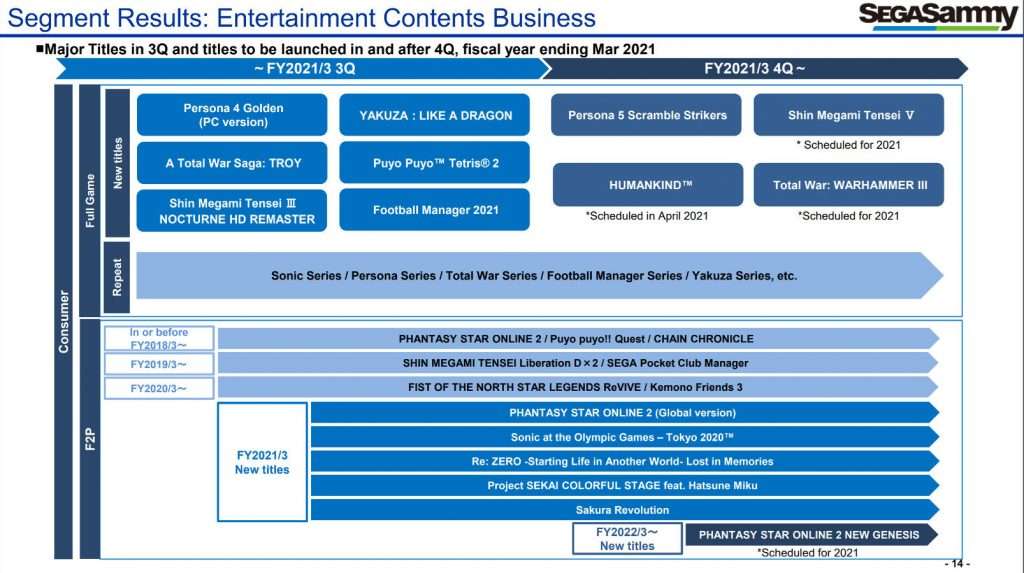 Sega Sammy has released their Fiscal Year Ending March 2021 first quarter (consisting of April, May, and June 2020) financial results today. As usual, the results include a forecast of the games the company is planning to release during the remainder of the fiscal year.

For the entertainment content business (which includes packaged and digital games), Sega’s “major titles in 1Q and titles to be launched in and after 2Q [July, August, September 2020], fiscal year ending Mar 2021” consist of the following packaged games:

Persona 4 Golden was released on Steam in June 2020, within the first quarter of FY 2021. The remaining titles to be released within the FY 2021 period, which ends at the end of March 2021, have the following release dates:

According to this forecast, Sega is planning for the upcoming Nintendo Switch exclusive RPG, Shin Megami Tensei V, to be released between January and March 2021. Atlus previously announced that Shin Megami Tensei V is set for a worldwide simultaneous release.

Sega Sammy’s financial reports began to show this kind of forecast with the FY 2017 reports in 2016. While usually giving a buffer for certain titles to be released after the 4th quarter at the end of the fiscal year into the next, the forecasts have always encompassed packaged games released within the time frame of the current fiscal year. The one exception is Team Sonic Racing, which was set to launch “in and after 2Q” in FY Ending March 2019, but actually launched in May 2019—two months after the FY ended—because of a delay from its original 2018 release window.

Therefore, while this is not a confirmation that Shin Megami Tensei V will be released before the end of March 2021, it is a definite indication that this release window is within Sega’s purview, based on previous forecasts for other major titles. An example is Yakuza: Like a Dragon, indicated for a planned launch in FY Ending March 2020 through a financial report before its actual release date was announced a month later at the end of August 2019.