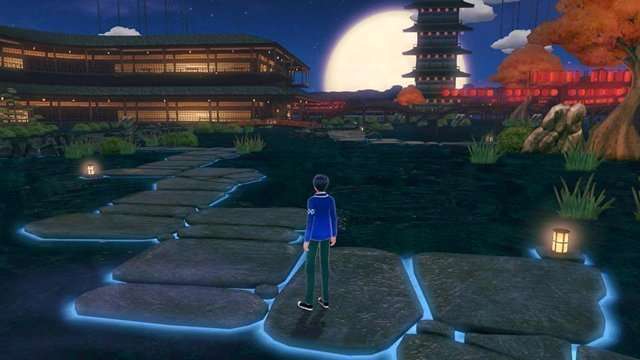 It’s a pleasure to meet you all!

Hirata, who was the supporting director of Strange Journey, and also provided countless “questionable” maps (in the best way possible, Hirata-san!) in the level design for the game, is who I’m teaming up with as the director of Shin Megami Tensei X Fire Emblem.

This time around, I’d like to talk about the participation process and a bit of the battle parts that I’ve been in charge of. I appreciate your ongoing support.

I will never forget it, that winter of 2013—the shock from that video!

At the time, I was in the middle of happily developing Shin Megami Tensei IV, and as I watched that announcement video from Nintendo Direct along with the rest of you guys, I recall feeling “slightly” lightheaded. (Sorry, I lied. I felt “very” lightheaded.)

“Atlus are making… Fire Emblem? Will it be a strategy game? An RPG? Law? Chaos?”

With all the unimaginable possibilities in mind, to think of it as the first HD console project, and a collaboration that is also a new IP. The designs, the worldview, and construction would be all from scratch.

“Oooohhhh! (that’s the sound I made while watching) It’s going to be a project that has mountains of hurdles…. give it your best, guys! (I’ll be cheering from afar!)”

Well, at that point, it was completely other people’s business. (lol)

Then, about seven months later…

Before I realized it, I had somehow become the team development director for Shin Megami Tensei X Fire Emblem. And no, I wasn’t living in a parallel world, but in order to keep up with the volume of working associated with developing on an HD console, it was decided that the game would be developed with double directors.

Also, it was no longer just other people’s business. The mountains of hurdles that I previously mentioned were what was now being demanded [of me]. Naturally, I felt excited, but I remember having a strong feeling of how it was also the start of some very tough days.

However, once I actually became part of the development team and started the job, things were rather different from what I had expected. Of course, there wasn’t a difference in how tough things were, but as long as we properly kept the direction and theme together, it felt like it was OK to run with it any way we wanted; and with the freedom that you wouldn’t expect from a collaboration title, we’ve been able to make a unique and colorful world for this game. 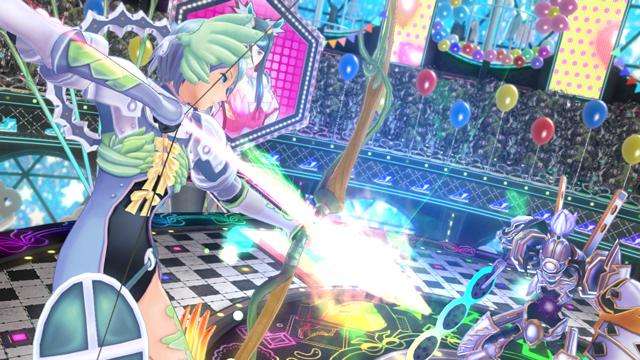 I’ve yet to to work on such a title, that is as bright and splendid, and making it has been very fun. Information on the above girl, the one that was shown splendidly dancing while using the red-haired boy as a platform, will be revealed next time, so please look forward to it.

Also, I believe we’ll explain it more next time, but it’s been very fun and refreshing to work together with the creators from outside Atlus.

Of course, the game will be full of the Atlus RPG essence, so please look forward to that as well!

I was just about to end it on a good note, and I realized that I don’t have the time to talk about battles. Since we’ll have to leave the battle talk for next time, I’ll leave you with the following.

About the important auto-battle speed that Atlus titles are known for.

Naturally, Shin Megami Tensei X Fire Emblem’s will be at a demonic speed!

Part 1 of the interview with the chief director and game designer Mitsuru Hirata can be found here.

Shin Megami Tensei & Fire Emblem Crossover Project (or Genei Ibunroku #FE translated as Illusory Revelations #FE) will be released in Winter 2015 in Japan for the Wii U. No release window has been given for its North American release date.