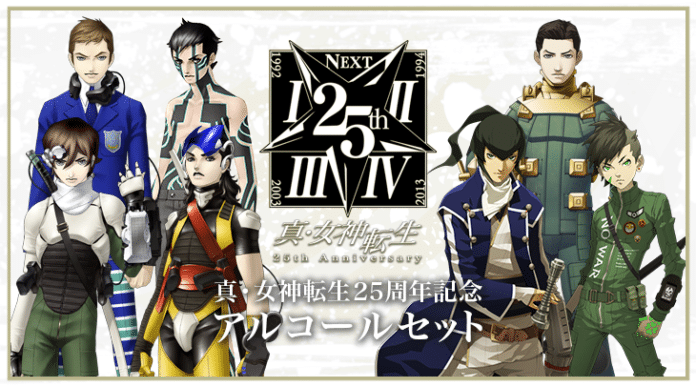 Alongside this, the official Shin Megami Tensei website for the anniversary has been updated, along with a message from Atlus director Naoto Hiraoka, looking back on the series.

Two separate SMT concerts have been announced to take place this October. 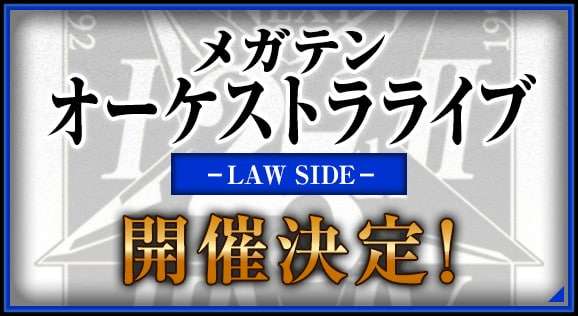 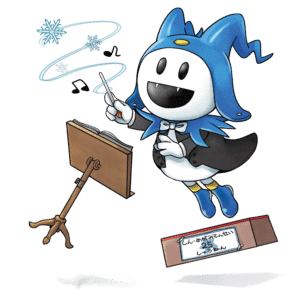 Lottery orders will start on July 10th and last until July 20th, via the Lawson Ticket service. 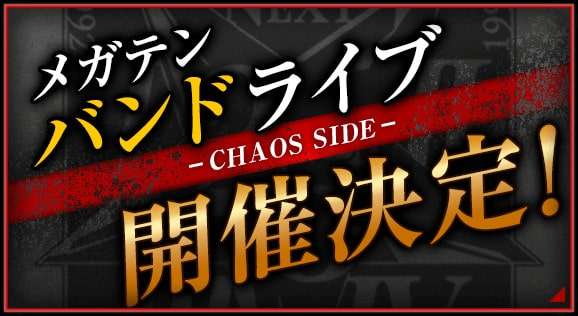 Additional details such as ticket sales and performance details will be published at a later date. 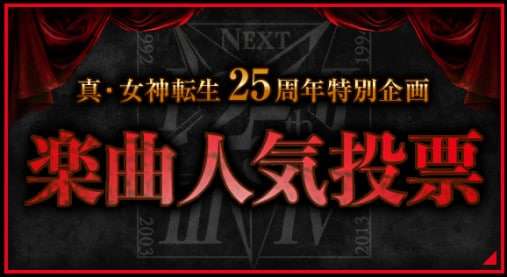 In commemoration of the 25th Anniversary of the Shin Megami Tensei series, a popular music poll is being held. Votes can be cast for any track released on an official soundtrack from the following games:

Shin Megami Tensei if… is not included in the voting, since it lacks an official soundtrack release.

Votes can be cast here between July 9th and July 23rd. Samples for each eligible track are also provided. A twitter account is required to vote, and there is no restriction on the number of votes that a person can cast.

This is similar to a poll that Atlus held for the Etrian Odyssey series music, celebrating its 10th anniversary.

Results for the voting will be announced during a live stream to be held on August 19, 2017 at 9:00 PM JST (5:00 AM PDT / 8:00 AM EDT). Additionally, the live stream will introduce new music recorded for Shin Megami Tensei: Strange Journey Redux. 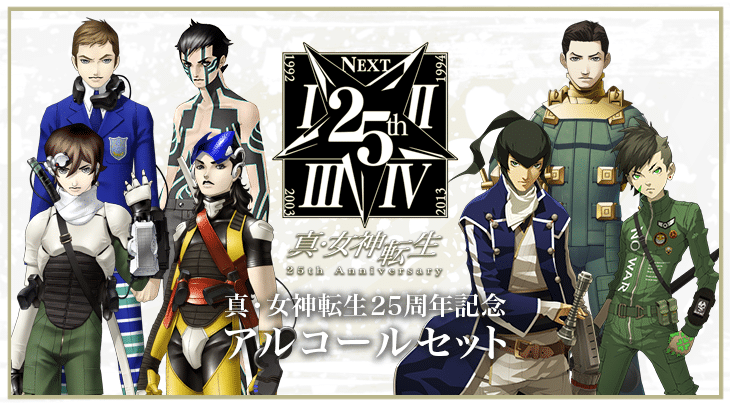 To commemorate the 25th anniversary of the series, anime goods specialist store Broccoli has announced an alcohol set.

The commemorative alcohol set will be a set of three types of alcohol with devil, angel and human motifs.

A “Shin Megami Tensei 25th Anniversary” line of products will be added to Furyu’s “Minna no Kuji” lottery, which is available at participating Japanese retailers.

The prizes will be the following:

The lottery for these prizes will begin in October 2017 with a price of 650 yen (tax included) at participating convenience stores and retailers in Japan.