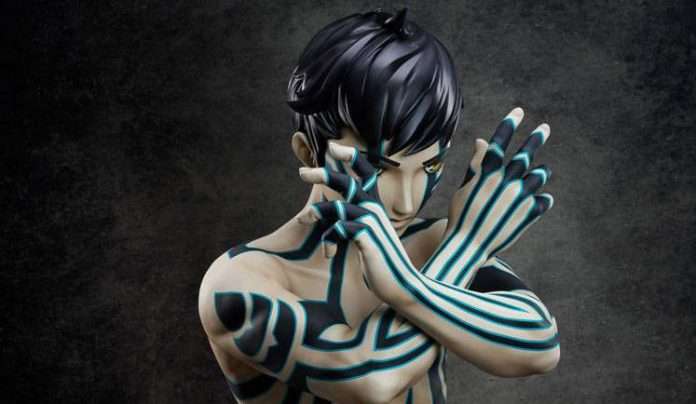 Using the size, Demi-fiend’s details have been thoroughly recreated without compromise, from his facial expression, to his muscles and fingertips. His tattoos are created with a phosphorescent paint to glow in the dark.

The bust’s pedestal is designed after the Tower of Kagutsuchi, with which the flow of Magatsuhi can be recreated by inserting a commercially available (sold separately) LED light. 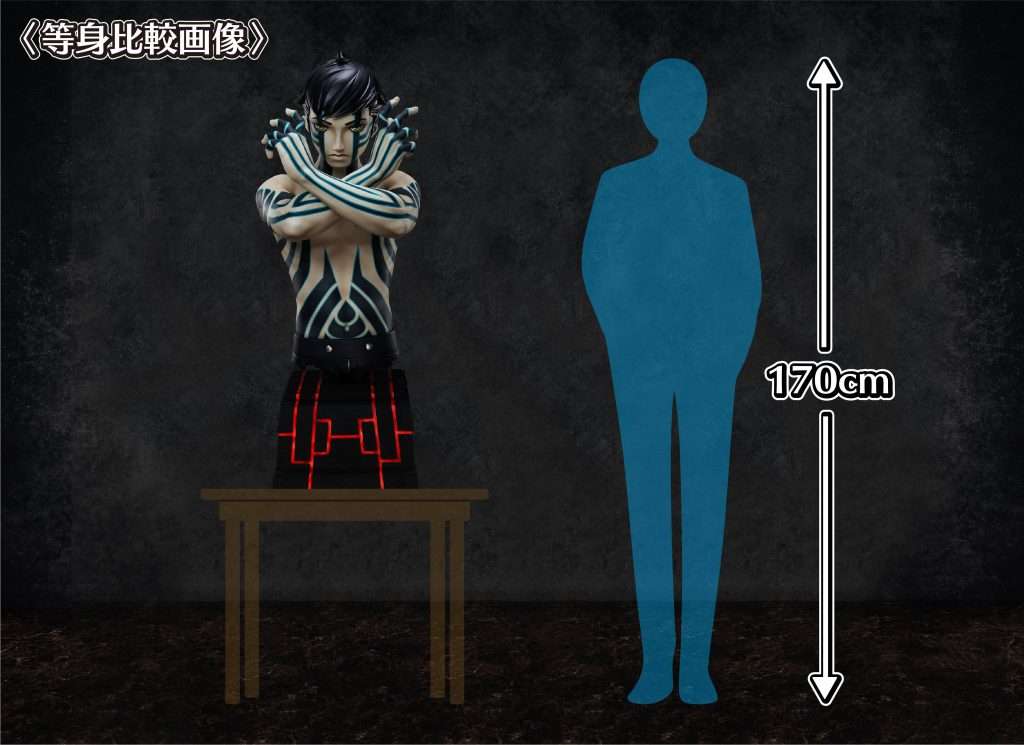