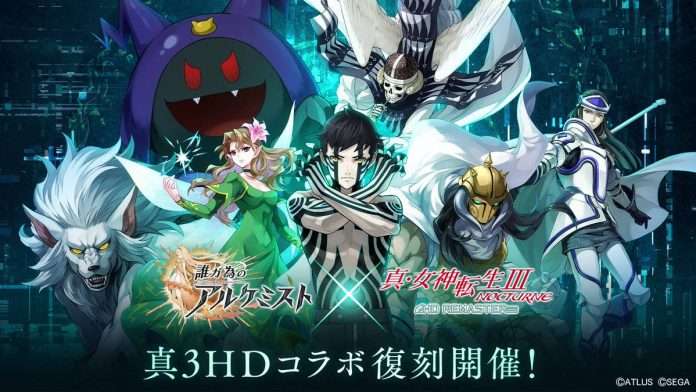 A collaboration between Shin Megami Tensei III: Nocturne HD Remaster and the mobile strategy role-playing game The Alchemist Code previously took place in March 2021. Now it’s been announced that the collaboration event will be held once again starting on August 18, 2022.

With the return of the collaboration event between SMT III: Nocturne HD Remaster and The Alchemist Code, two new demons will be added: Trumpeter (voiced by Subaru Kimura) and Thor )voiced by Tetsu Inada).

More details will be announced in the near future.

The Alchemist Code has previously had collaborations with Etrian Odyssey and Radiant Historia in 2017.