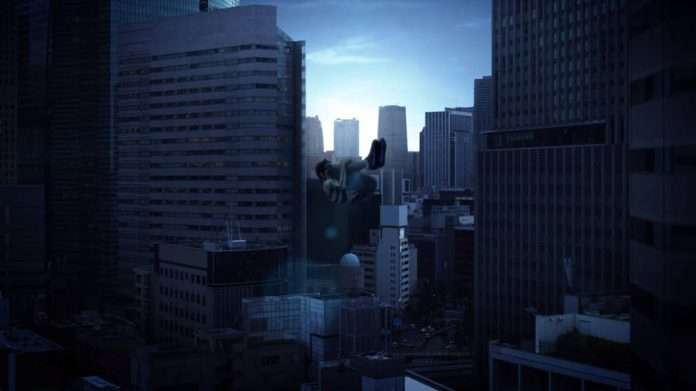 Update (2020-10-29): Atlus has released the extended web version of the commercial, in addition to the TV commercial.

The 30-second version of the commercial is only available on the web, as opposed to the 15-second TV commercial.

The buildings in the beginning were captured with a drone at a certain location in Tokyo.

The role of the protagonist was decided by audition. The live action part has the protagonist’s passionate acting shine through, as the patterns on his body resemble those in the game.