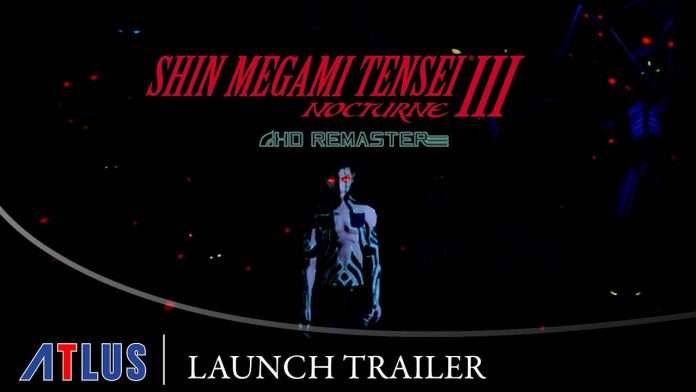 With the Western release of Shin Megami Tensei III: Nocturne HD Remaster today, Atlus has uploaded a launch trailer for the game.

Shin Megami Tensei III: Nocturne HD Remaster was released for the PlayStation 4 and Nintendo Switch on October 29, 2020 in Japan, China, and South Korea. The game was released on PS4, Switch, and Steam in the West on May 25, 2021.