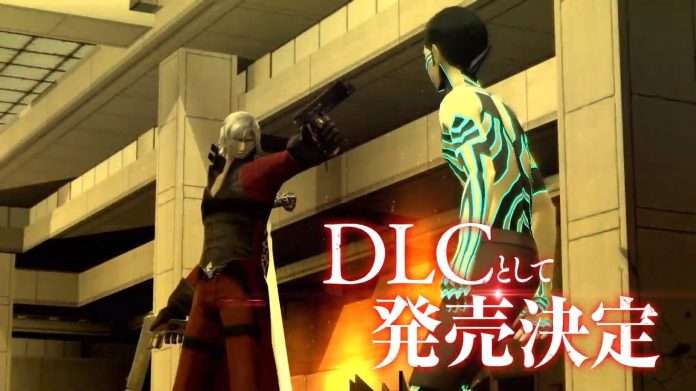 The “breaking news” in question was the announcement that Dante from Capcom’s Devil May Cry series will be available as downloadable content for SMT III: HD Remaster alongside the Japanese release on October 29th. The trailer was for the DLC, called “Maniax Pack,” which will cost 980 yen (tax included).

“NEW GAME -Maniax-” will be available for selection from the title screen, which will replace all scenes related to the other guest character, Raidou Kuzunoha, with Dante. The game content from this DLC version of the game will be based on Shin Megami Tensei III: Nocturne Maniax, and not the latest “Chronicle Edition.”

In this game, a “Piercing Effect” has been added to Dante’s skill “Son’s Oath.”

Shin Megami Tensei III was the game’s first release in Japan, in 2003. Subsequently, an updated version with the subtitle “Maniax,” which included new content like Dante from Devil May Cry as a guest character, was released in Japan a year later in 2004. This is the release that was localized and released in English as “Nocturne” in North America in 2004, and in Europe as “Lucifer’s Call” in 2005.

“Maniax Chronicle” is the version Shin Megami Tensei III: Nocturne HD Remaster is based on.