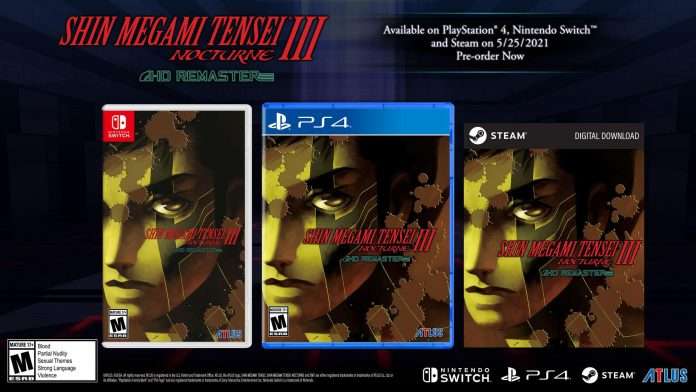 Following the news that Shin Megami Tensei III: Nocturne HD Remaster would be releasing in the West on May 25, 2021, alongside the ratings for a PC release, Atlus West has officially confirmed the game’s English release details.

Shin Megami Tensei III: Nocturne HD Remaster will be released in the West on May 25, 2021, for the PlayStation 4, Nintendo Switch, and PC via Steam. The deluxe edition will allow players to play the game early on May 21st, and the pre-order details have been listed.

The game is currently available for pre-order on the Nintendo eShop and on Steam.

Pre-order Shin Megami Tensei III Nocturne HD Remaster from digital and physical retailers now! Physical pre-orders can be made at these retail partners: 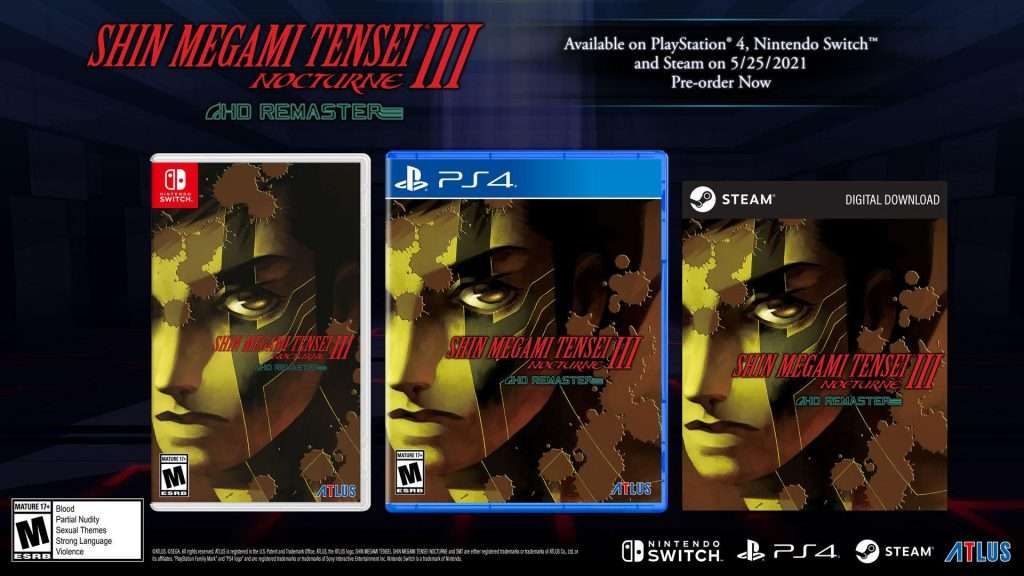 What begins as a normal day in Tokyo turns out to be everything but, when the Conception – an ethereal apocalypse – is invoked. The remains of the world are swallowed by chaos, as a demonic revolution descends into a broken city. Caught between a battle of gods and demons, the choices you make can bring life, rebirth, or death, and determine who triumphs.

This genre-defining, infamously punishing RPG is back and now includes:

Shin Megami Tensei III: Nocturne HD Remaster was released for the PlayStation 4 and Nintendo Switch on October 29, 2020 in Japan, China, and South Korea.