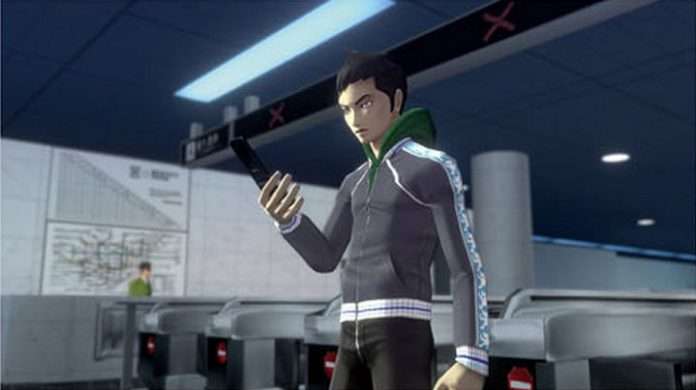 Scans from the magazine feature have been released, with an overview of the main characters, the game’s premise, and an outline of the previous Shin Megami Tensei III releases. There are also a couple of comparison shots between the original PlayStation 2 game’s graphics and the improved visuals in the remaster. 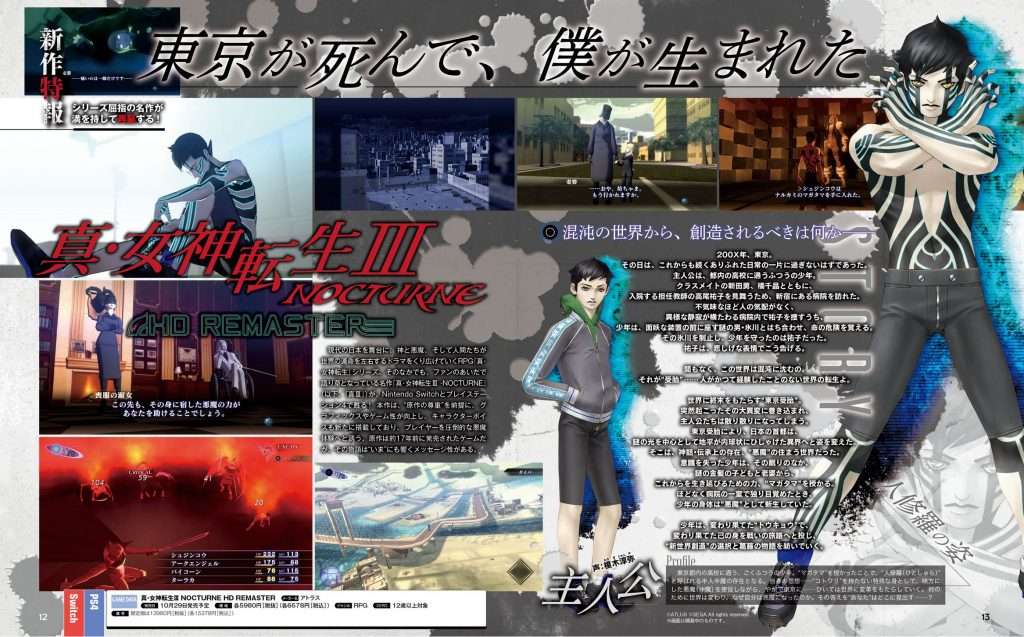 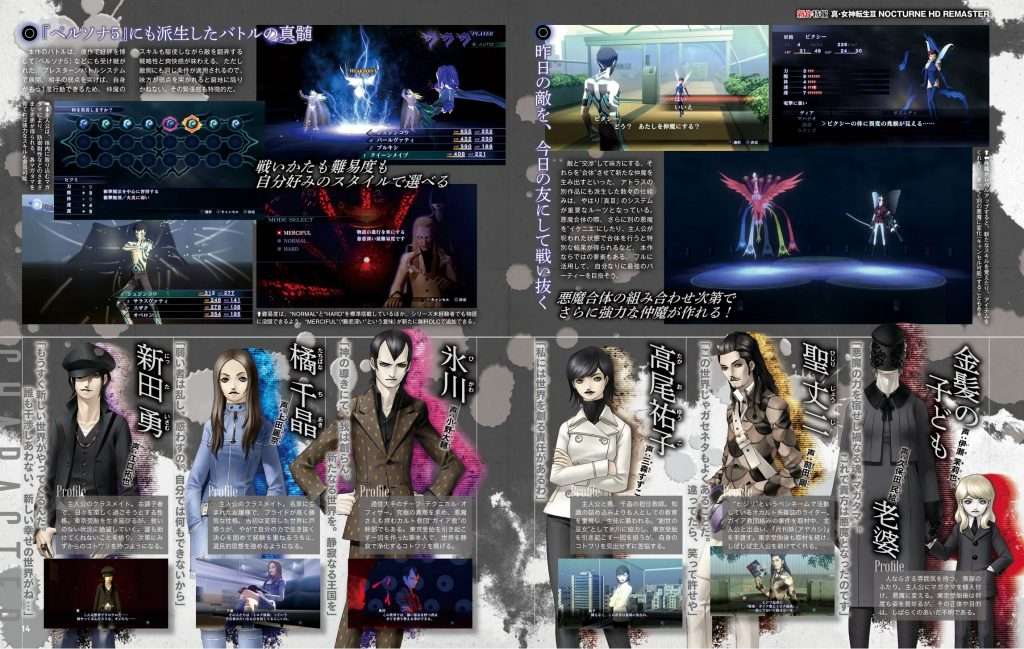 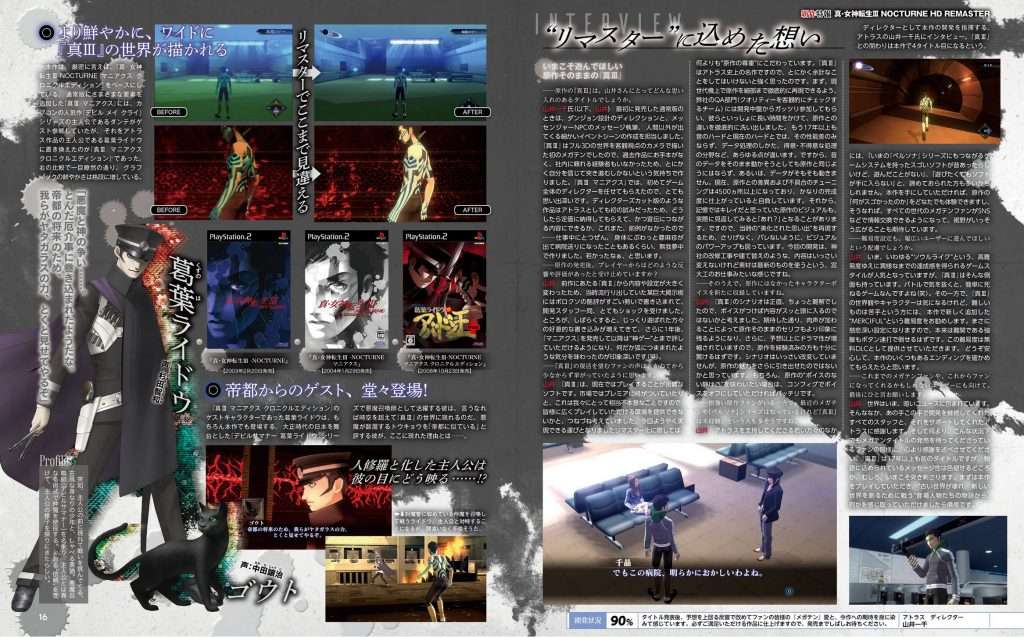 Comments from the developer interview with director Kazuyuki Yamai can be seen in a previous post.